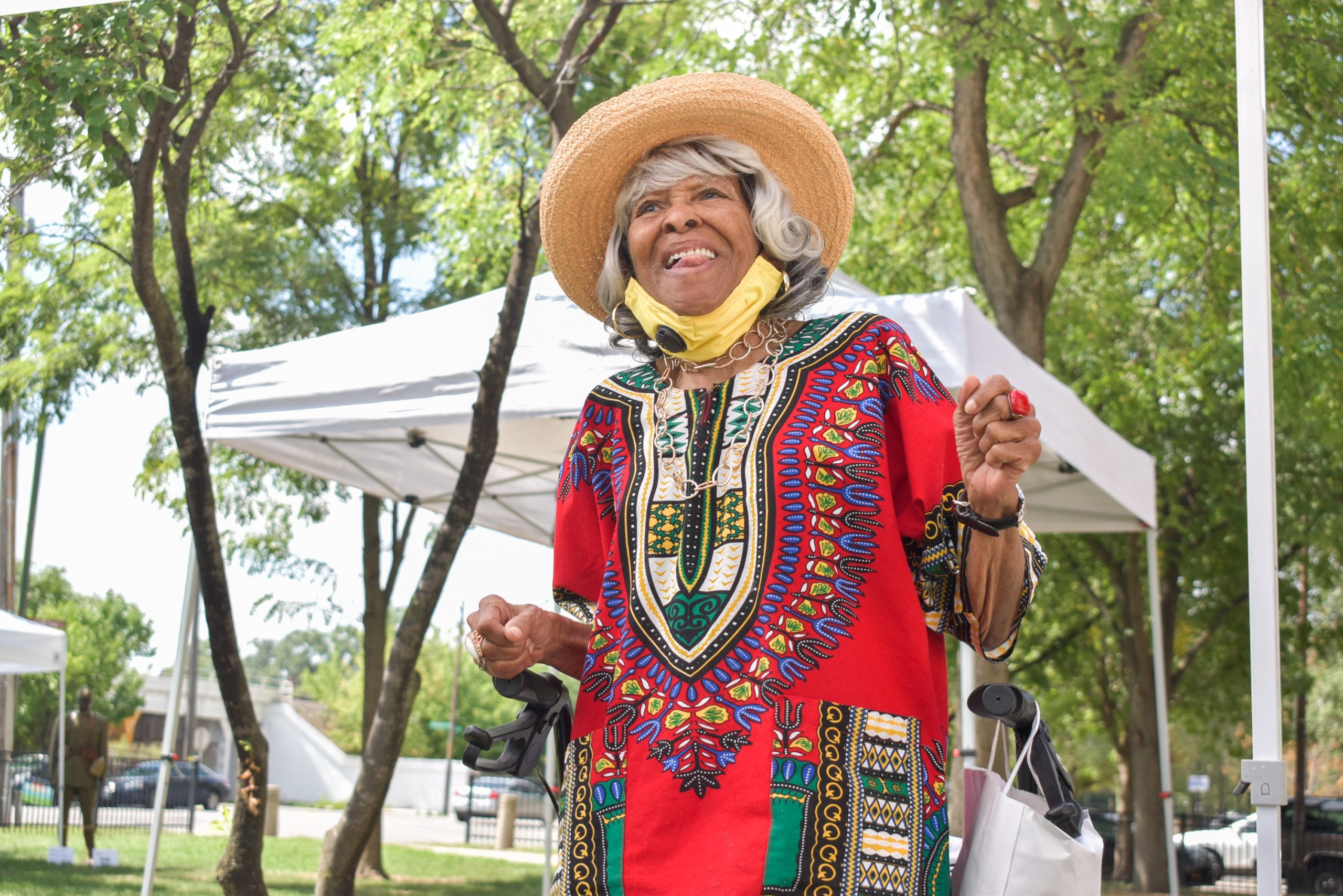 I interviewed Dorothy Powell at the GhanAgain Festival at Austin Town Hall Park on September 10th. Powell, 90, grew up on the West Side but currently lives in Oak Park. She opened up about her life in the city after moving from Water Valley, Mississippi 83 years ago. She outlived her 10 siblings and three of her five children.

Growing up in Austin

I’ve done a lot of things on the West Side. I worked for the Chicago Defender. I went to different salons like the Oasis to dance.

At the time, which you speak of before the Second World War, things were so different. We didn’t have all that luxury. You were supposed to have fun. Union Park was the only park they had. It was between Lake and Washington. It was great with all the kids. I used to play on a baseball team called the Studdettes. We had fun. We were getting cans, smashing them up and racing them. Old people used to sit and watch us. We had these stilts and we would get on them and run. We made them with long high sticks and put a footrest on them and took off.

In the winter, we’d go up a hill not too far from us and take our mothers’ washing tubs (they didn’t have all those washing machines back then) and go up the hill and down on the snow. It was our pleasure.

On the party shifts

This man used to throw quarter parties where you paid a quarter and walked in and you drank pop and danced. Sometimes we would sneak in and turn off the lights when he turned his back and did all kinds of evil things. We would get together and get some of this cheap wine and on Friday nights in high school they would have what we called a social. You’d come to the community center and buy yourself one of those big old peppermint sticks. They had different activities in different classes. Boy, we used to have fun. It was good, clean and fun. Not all that gangbang and bullshit.

I have danced all my life. When I was little they used to throw pennies and pennies on the floor for me to dance and I was there with my little me. I’d just be moving and if I moved pretty well, there’d be another handful of pennies.

Looking back on it now, it was the dumbest thing I’ve ever done. But it was fun, I didn’t know better because those little pennies would get me a stick of peppermint. Back then, you could get five little sticks of peppermint for a penny.