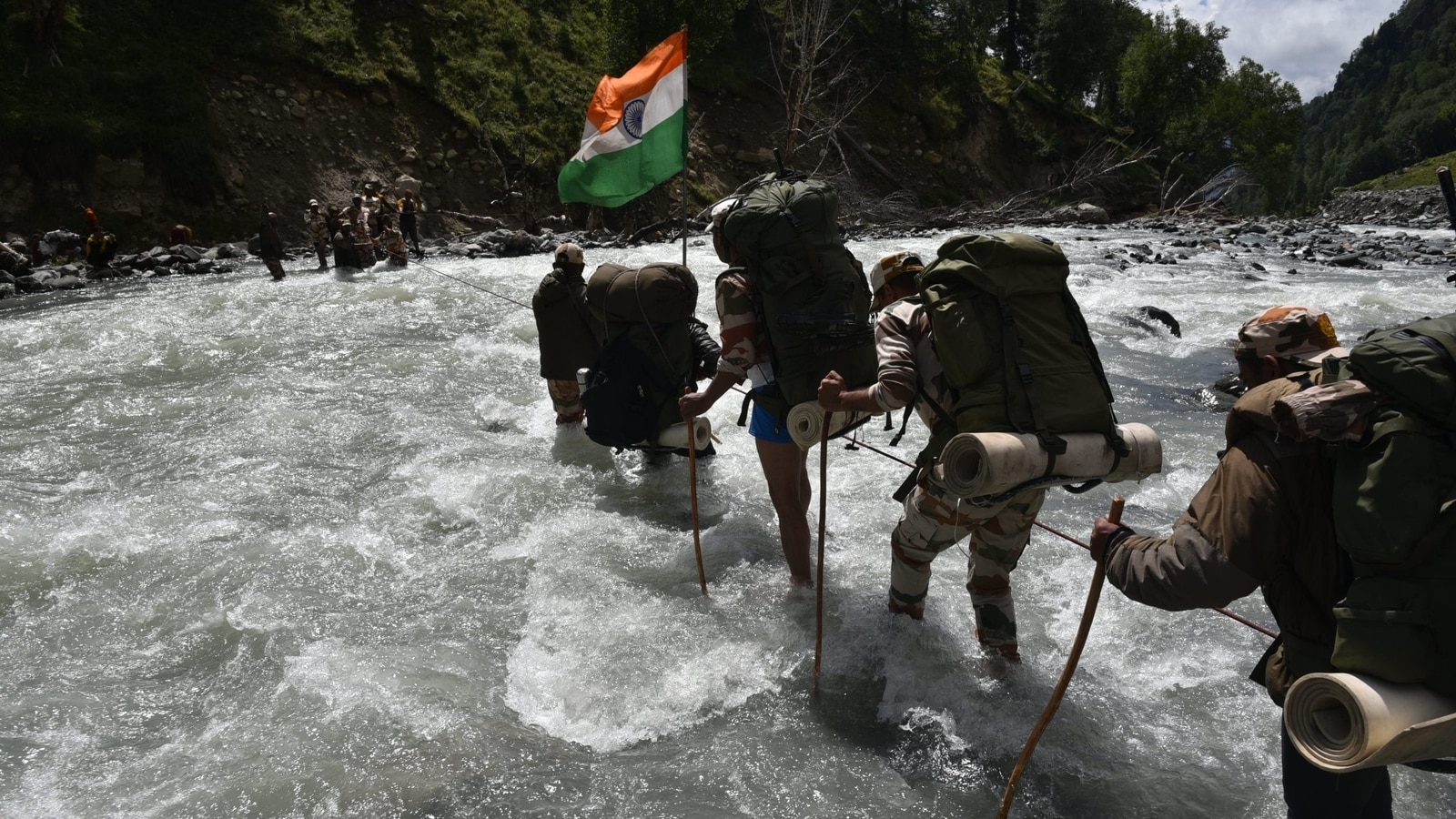 The Indo-Tibetan Border Police (ITBP) has grabbed headlines for truly enlivening the ‘Azadi ka Amrit Mahotsav’ of 75 years of Indian Independence through their exciting activities and compelling initiatives.

Still, India’s first line of defense launched a long-range relay patrol “Amrit” on August 1 which will end on October 14 after completing a 75-day trip covering a distance of about 7,575 km. The long-range patrol started from the Karakoram Pass in Ladakh and ended at Jechap La in Arunachal Pradesh.

The LRP Relay Flag ‘Amrit’ was handed over to the 12th ITBP Battalion from 2nd ITBP Battalion in Harsil, Uttarkashi, Uttarakhand from where the video was shared. The distance and days of the total journey symbolically correspond to the 75 years of the country’s journey after independence.

In the video, ITBP soldiers wearing a Tiranga can be seen crossing a swollen mountain river using a rope while chanting Bharat Mata ki Jai slogans. The video further shows the troops sitting on top of a hill and cheering each other on.

The ITBP informed that the LRP also organizes many civic action programs along the way in remote border villages, including plantations, medical and veterinary camps. Yesterday the team organized a free medical camp for local people in Bagori village in Harsil, Uttarkashi, Uttarakhand.

Successfully subscribed to the newsletter

Thank you for subscribing to our Daily news capsule newsletter.

A “vehicle-free” mountain resort in Asia