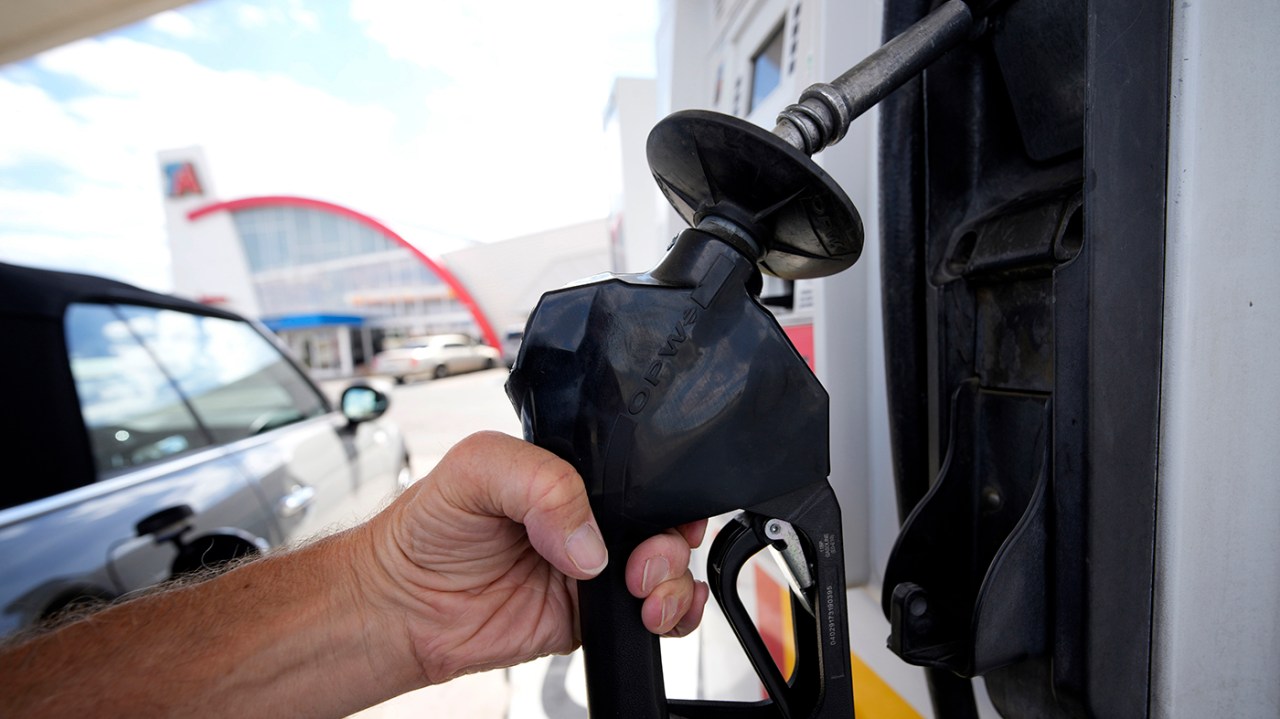 The United States on the cusp of lower gasoline prices

(The Hill) – Gasoline futures fell more than 10% on Tuesday and more than 22% since June, raising hopes that the high price of gasoline across the country could soon come down.

“We’re about to see more savings,” said Patrick De Haan, head of oil analysis at gas price tracking site GasBuddy. “I’m trying to be a little optimistic here that this relief might work its way to the pump in the weeks to come.”

The national average for a gallon of gasoline now stands at $4.78, according to the American Automobile Association (AAA), down from a recent high above $5 a gallon. A year ago, the national average was just $3.13, which represents a 50% annual increase in gas prices.

And any drop in gas prices can also provide some political breathing space for the Biden administration since, even if presidents have little control over gas prices, they are still blamed by voters and their political enemies. .

The price of U.S. crude oil was hovering around $98 a barrel on Wednesday afternoon, down from around $108 a week ago. Brent crude fell to around $101 a barrel from around $111 at the end of last week.

Earlier Wednesday, Brent prices briefly dipped below $100, the first time since April that prices have been below $100 for the commodity.

Experts said they expect this trend to translate into declines at the pumps.

Marianne Kah, associate senior fellow at Columbia University’s Center on Global Energy Policy, said she expects the current drop in crude oil prices to result in a decline of about 12% – or about 60 cents – in gasoline prices from their highest level last month.

“We’re talking about 60 cents a gallon,” said Kah, who is also the former chief economist at oil company ConocoPhillips. “Now, of course, it takes time for the price of crude to trickle down to the price of gasoline.”

Meanwhile, De Haan said he thinks consumers could see another drop in the coming weeks, ranging from an additional 40 cents to an additional 65 cents if the situation otherwise remains the same.

“The average price per gallon could drop 40 to 65 cents over the next few weeks,” he said, adding that the decline could span three to six weeks.

‘We haven’t seen a downturn yet’: TN tourism industry booming despite rising inflation

“Stations are already getting lower prices,” he added. “Prices could drop a penny or two every day or two for the next six weeks as long as nothing changes.”

Experts say the drop is a double-edged sword since the cheaper price is not due to any real changes on the supply side, but rather to reduced consumer spending and lower expectations of the request.

“We’re starting to see consumers that instead of paying $5 a gallon, they’re paying $4.80 a gallon – and that’s not so wonderful – but it’s also because they don’t have as much money in their pockets, and they’re not going out to dine and eat, so what we’re seeing is a pullback in demand, and that’s because people are feeling the pain of the higher prices.

But Kah also said there are still factors that could drive up energy prices in the coming months, including if Russia cuts oil production or demand from China increases.

Meanwhile, the big banks this week unveiled starkly different outlooks on the future of oil prices.

JP Morgan predicted that prices could rise to as high as $380 a barrel in “the most extreme scenario” if Russia cuts production.

Citibank has predicted that in the event of a recession, oil prices could fall to $65 a barrel this year and $45 a barrel next year.

“It just highlights the volatility and even the difference in thinking,” De Haan said. “We just don’t know how things are going to pan out. We still have an active hurricane season. The economy isn’t too bad, even amid recession fears the job market is still very strong.

But analysts agree that the current price declines are largely due to recession fears.

The drop in economic activity means that the likelihood of a recession next year is increasing. An economic model from Bloomberg now puts the chance of a recession at 38% in 2023, according to a tweet from the company on Wednesday.

Hunger for corporate profits not to blame for inflation, economists say

Experts say this drop in crude oil prices is also caused by lower expectations about the energy needs of consumers and businesses as they adjust to high inflation.

Signs that inflation may have peaked and prices may soon start to fall across a range of sectors and categories are beginning to mount, with commodity prices in particular having been hit in recent days .

Deutsche Bank analyst Jim Reid wrote in a note to investors on Wednesday that a “20-day move [Deutsche Bank’s] the commodity index is currently experiencing the third largest decline in 90 years.

“The traditional copper industrial baron was another victim of this trend, yesterday falling -5.36% to a 19-month low, while wheat futures (-4.61%) are now trading below their levels prior to Russia’s invasion of Ukraine,” Reid wrote with analysts Henry Allen and Tim Wessel.

In the consumer goods sector, many big-box outlets like Walmart, Target and Bed Bath & Beyond have faced excess inventory that could force further markdowns and liquidations. Measures that compare inventory to sales show that while lower prices may be on the horizon for consumers, the jostled supply chains that fuel inflation are still out of whack.

Stacked stocks were also reported for South Korea’s semiconductor industry. Computer chips produced by Samsung are used in a wide range of industries. Therefore, liquidation in this sector could lead to results such as more cars on dealer lots and more graphics cards available to the gaming industry.

“But I think we’ve been in a super cycle here for a long time,” he added. “I think we are in a decade of higher prices. We’re going to see some ups and downs along the way, and just because we have a correction right now, I don’t think it’s over yet.

Here are the states returning fastest to pre-pandemic normal: analysis – The Hill