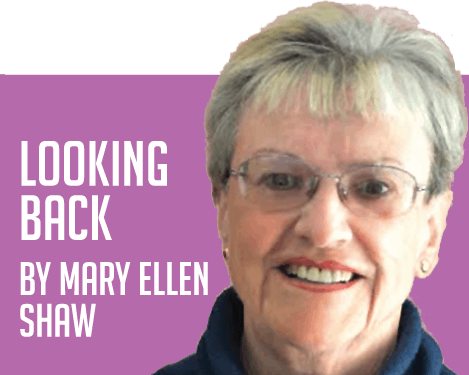 The beginnings of the Beauchamp & O’Rourke pharmacy

I can take a trip back in time every time I stand at the Beauchamp & O’Rourke drugstore counter on Woodstock Avenue in Rutland.

To the right of the ledger is a 1959 photo of the store’s owners, Fred Beauchamp and William O’Rourke, and the pharmacists who worked there. My father was one of them. In the photo, he wears a white jacket that all pharmacists wore at the time. Governor Robert Stafford presents the Lederle Meritorious Community Service Award to homeowners. The store had written its millionth prescription that year.

A look at the store’s website refreshed me on the history of this legendary pharmacy. It all started in 1920 on the corner of Merchants Row and West Street. A 1922 Rutland Directory ad lists them as “prescription druggists” and “truss specialists”. I was surprised that “cut flowers and funeral designs” was mentioned in the ad along with confectionary items and cigars. What an interesting combination of products and services!

My father worked at Beauchamp & O’Rourke during my high school and college years. As a student at Mount St Joseph Academy in the early 60s, I found the store location to be a convenient place to drop my books off and then head to the Woolworth soda fountain. The quickest way from the school was up Forest Street and into West Street. From there it was a short distance to the pharmacy. I think my dad has paid more than his fair share for sundaes and milkshakes over the years. If I had a friend with me, my dad gave me enough money for us both to enjoy!

I remember a conversation I had with the owner of a second generation store, the late Bob Beauchamp. He told me that when a child asked for sweets in the window and the mother had to say “no” because she had no money, my father offered to pay the cost. With the mother’s approval, the child received the candy and he or she was a happy camper! When there’s a candy counter near the cash register and the kid is at eye level, who wouldn’t want that? I enjoyed Bob telling me this story about my father’s act of kindness.

It’s always a surprise when something from my youth in the 50s and 60s is still there today. Not only does Beauchamp & O’Rourke Pharmacy still exist, but so does their hand lotion which I used to see pharmacists preparing in the back section of the store. On their website, the late Bob Beauchamp recalled that his father, Fred, developed the lotion to help his brother, Arthur, who had cracked and chapped hands from handling dirty castings in the foundry where he worked. It has become a popular item in the store and has always been part of my daily regimen. It reminds me of my dad’s days at the pharmacy every time I use it.

Not only did the father and son team of Fred and Bob Beauchamp work side by side in the Merchants Row Pharmacy, but J Robert (Bob) Dupaw and his son, J William (Billy) also worked there together. History repeated itself on Woodstock Avenue with the father-son team of the late Bob Beauchamp, his son, Barry, and Barry’s son, Travis. Barry and Travis are currently continuing the father-son teamwork that has been part of this pharmacy for so many decades.

When Beauchamp & O’Rourke was located downtown, it was difficult to find parking. Luckily my mom and dad had to be at work at the same time. They decided the easiest solution was to park near the Court Street Library. They walked down the hill from Center Street together to their respective workplaces. There were no meters up there “back then”. I bet they would have loved the parking lot that downtown employees can now use.

I remember my dad thinking that Woodstock Avenue would be a great location for a pharmacy if a move from Merchants Row was being considered. He died long before Beauchamp & O’Rourke did just that! It is now located at 62 Woodstock Avenue, a few blocks from our family home. He could have walked to work…no more shuffling down Center Street. He would have loved that!

Man stabbed to death after leaving Northwest Side bar