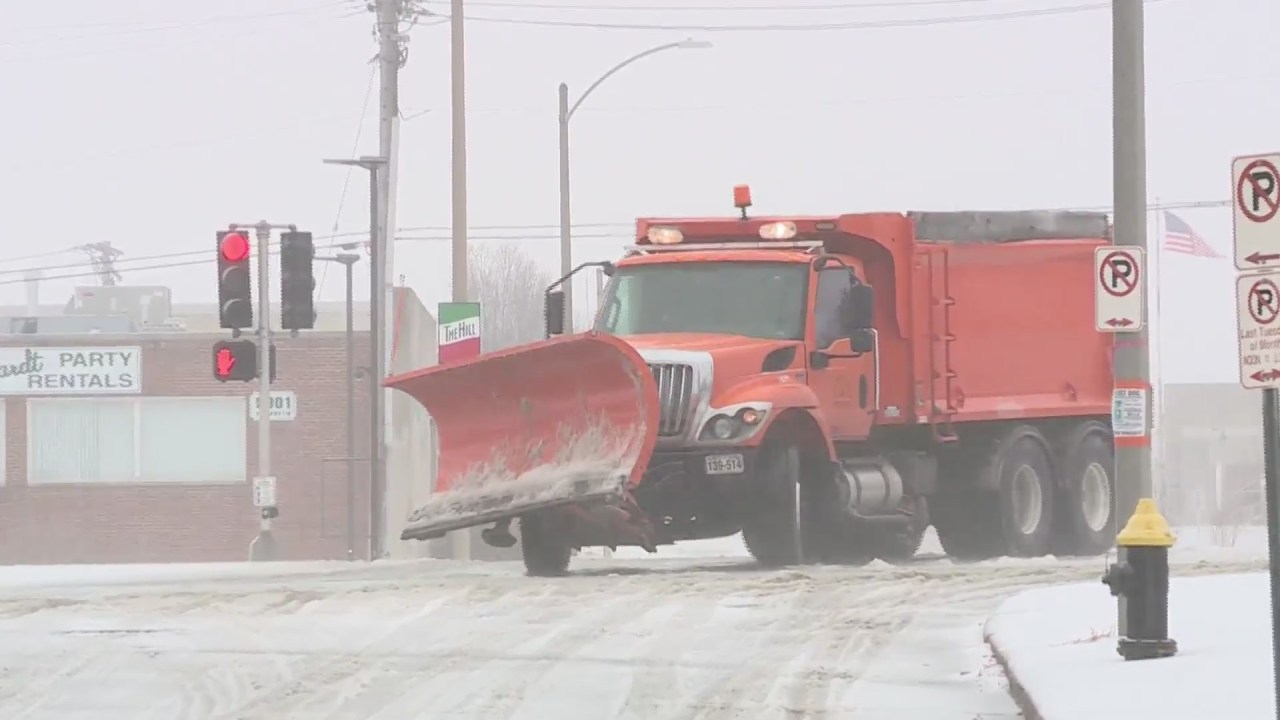 ST. LOUIS — A St. Louis alderman took to social media Thursday about the city’s handling of this winter storm. He called on the city to start treating side streets.

The city does not plow, process, or salt them, largely due to the large amount of “on-street” parking in city neighborhoods. The dreaded “winter mix” of sleet and freezing rain made street cleaning particularly difficult.

Top story: The second wave of wintry weather in St. Louis is expected this afternoon

Streets Department commissioner Kent Flake said the storm was a challenge because plowing was not an option for most.

“When you have that winter mix, it’s a different snow fighting animal,” Flake said.

The city processes and plows what are called “hill” roads, in addition to major thoroughfares like Hampton, Grand, and Natural Bridge. Flake said the first day of the storm, as well as the first part of Day 2, were just “salt and treat” events.

“The greatest thing about ‘hill’ roads is that they don’t get traffic, so you don’t follow that salt like you would a major or minor (road),” he said. . “Until you actually see movement (traffic) or sunshine, you don’t really see a lot of (melt) activity there.”

He said that even with treatment or salting without traffic volume, “hilly” streets will not improve very quickly. This would be even more true for secondary streets. Being able to clear snow is key, but until Thursday afternoon, the city’s snow plows were only throwing chemicals.

The sleet covered and “hugged” the roadway. Putting down plow blades in these conditions would tear the blades without really improving the streets. That changed when the sleet and sleet built up to about an inch.

Still, 23rd Ward Alderman Joe Vaccaro called on the city to at least try to treat/salt all the side streets because the icy streets that city dwellers have in front of their homes aren’t good enough anymore.

How are the roads? See live video from Missouri cameras

“We get billed for these services (via city revenue taxes, etc.) that we don’t get. Let’s get what we deserve, what the people of the city should get, what we pay for,” Ald. said Vaccaro. “It’s unacceptable that people can’t take to their streets to get to work.”

He also called on the city to handle this for its work staff. There was a delayed start and early layoff for city workers on Thursday, but the decision was made Thursday morning after most workers had likely already gone to work.

A spokesman for the mayor, Tishaura Jones, said while this was not the city’s first winter storm, the conditions were unique. He said the mayor would seek to improve communications between heads of city departments and their staff.