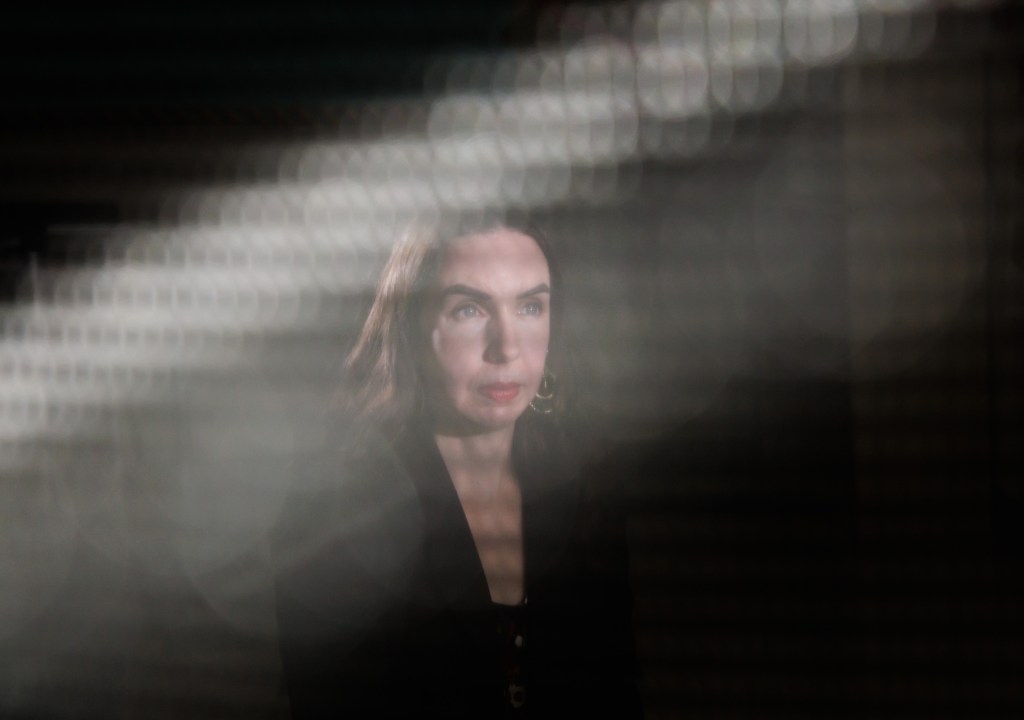 Elizabeth Kile likes a good ghost story, in part because of her mother’s occasional interest in the paranormal when she was growing up in San Jose. But the Branham High School English teacher’s keen interest in history has also kept her from swallowing all the scary tales she hears.

“I believe in the paranormal and have had experiences that I can’t explain,” she said. “But I’m skeptical. I question things and don’t automatically believe everything I hear.

Maintaining that balance was important as she penned “Haunted San Jose,” a compilation of ghost stories, strange happenings, and places with a dark reputation in the Bay Area’s biggest city. She considers the book to be a “mixture of history and mystery,” with many real-life characters from San Jose making appearances, including Mary Hayes-Chenoweth, Louise Archer Kelley, and Chuck E. Cheese (OK, at least the restaurant namesake of Tully Route which is said to be haunted by the spirit of a girl who died there, although no deaths were ever reported at the address.)

Kile did her best to bring some Halloween spirit to the San Jose City Council meeting on Tuesday, where she read an excerpt from her chapter on Bert Barrett, who lost his arm in a hunting accident. in 1898 when he was 13 years old. The arm was buried under a headstone at Hacienda Cemetery in New Almaden – but some nights of the year it is said to crawl to Oak Hill Memorial Park, where Bertram’s remains were buried after his death in 1959.

Sure, maybe that last bit is superimposed — but the guy’s arm was buried in a graveyard. That alone is worth including in a haunted compendium, which includes stories about other supposedly haunted places like Hicks Road, Dottie’s Pond in Santa Teresa Springs, and, of course, the Winchester Mystery House.

Kile said she had been collecting the stories for years, writing down places she heard about and adding them to the stories she heard growing up in South San Jose. She matched the lore with interviews and research done extensively in the California Room of the San Jose Public Library. Although there have been previous books about ghosts in San Jose, Kile thought she could do better and did most of the writing during the COVID-19 lockdown.

“I found a few historical events that don’t necessarily support ghost stories, but could have been turned into legends over the years,” she said, citing a haunting story about Notre Dame High School. which could be traced back to a nun who supposedly died decades ago while an orphanage still existed in the old O’Conner mansion on campus.

Despite her descent into Silicon Valley’s supernatural past, Kile says writing the book — which was published by History Press and is available on Amazon and most bookstores — didn’t make her nervous about San Jose, on the contrary. “I learned a lot more about San Jose,” she said. “By researching the book and traveling to different parts of the city to take photos, there are parts of the city that I needed to explore more.”

Just watch out for that arm.

NOW DISPLAYED: The Silicon Valley Jewish Film Festival kicked off this year’s virtual edition Sunday night with “Fiddler’s Journey to the Big Screen,” a documentary about the making of director Norman Jewison’s classic musical film adaptation. The 31st annual festival continues through November 6, with a slate of 30 films available to stream, along with several pre-recorded chats with filmmakers. Get tickets and schedule information at www.svjff.org.

And Scott and Shannon Guggenheim of 3Below Theaters said Deborah Feng — former city manager of Cupertino and former administrator of NASA’s Ames Research Center — suggested space-themed films to follow the series on the social justice that just ended, and they thought it was an out-of-this-world idea.

“Trek or Treat: A Celebration of Star Trek for Halloween” begins Thursday and includes “Woman in Motion,” a documentary about actress Nichelle Nichols and other documentaries about George Takei and Leonard Nimoy, plus four “Star Trek” films and the Trek tribute comedy, “Galaxy Quest.” Get all the data you need at www.3belowtheaters.com.

SEARCH FOR YOUNG INNOVATORS: The deadline to apply for the 10th Westly Prize – which rewards aspiring social entrepreneurs under the age of 28 with cash prizes of up to $40,000 – has been extended until October 28. Steve Westly, the former California comptroller who is managing partner of the Westly Group, and his wife Anita Yu, are once again sponsoring the competition. You can see what past winners have done and view the entry criteria at www.westly.org/westly-prize.