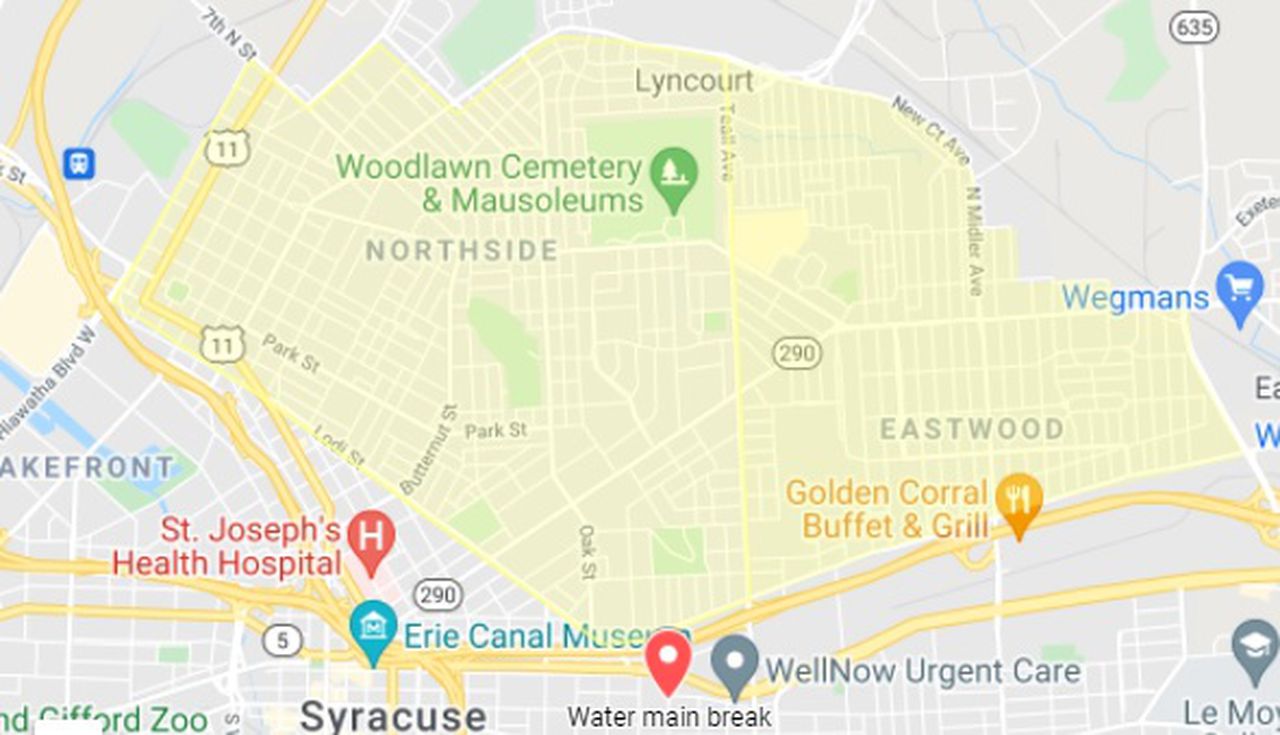 Most areas are experiencing low pressure, but some reported no water pressure.

The rupture is impacting water service to residences and commercial properties in parts of Eastwood, Sedgwick, Lincoln Hill, Northside, Court-Woodlawn and Washington Square.

Several schools in the city of Syracuse closed early Friday due to water pressure issues on the city’s north side. There is no water at any of the six schools, said Syracuse City School District spokesman Michael Henesey.

Low water pressure is expected in these areas until early evening while the water main is repaired. There is no water at any of the six schools, said Syracuse City School District spokesman Michael Henesey. Not all facilities requiring water are operational, he said.

Traffic will be reduced on South Beech Street while crews repair the water main.

The map shows breaks and areas that city officials say could be affected by water pressure.