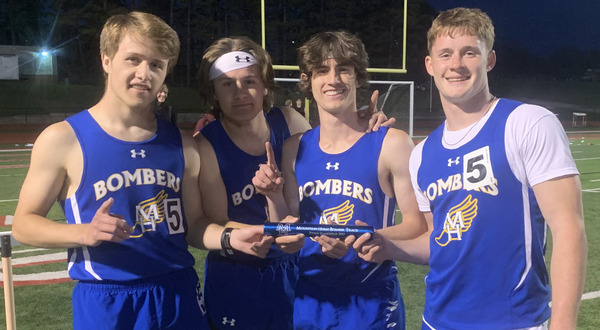 The Bombers finished second in the team standings with 166 points. West Plains won with 200 points. On the girls side, West Plains finished first, Waynesville second and Mountain Home third. Mountain Home set a new school record in one of the running events.