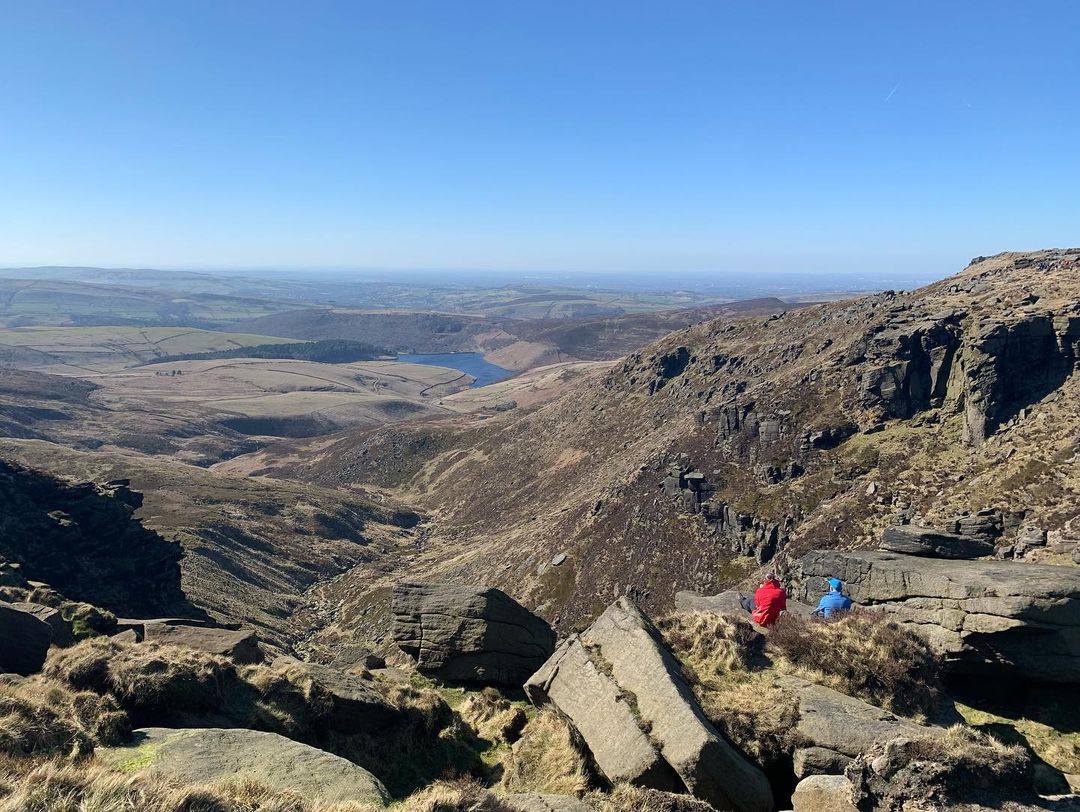 As summer begins to fade into a distant memory, it’s time for the best season of the year, fall, where fur coats and sunglasses are just as essential as a hot paper cup filled with of pumpkin spiced latte.

Even though Manchester is a mecca of the creative revolution, skyscrapers and 24/7 city life, we’re not far from great scenic walks where you can marvel at the city’s architectural glamor quite high.

So if you wake up on a Sunday with cobwebs to clean up, grab your walking shoes and head to one of these incredible hillside views where you can marvel at the breathtaking city skyline.

Ashton-under-Lyne
About as well known as IKEA if you’re on this side of Manchester, Hartshead Pike was built in the 18th century as a warning beacon for local garrisons, perhaps lit during times of trouble. The Pike isn’t actually the highest part of the hill, but you can get stunning views ranging from the Pennine Moors to the east, North Wales to the west and north towards Pendle Hill .

hyde
Part of the Pennines, Werneth Low sits on the border of Stockport and Tameside and offers great panoramic views of Greater Manchester. On a clear day you can also spot Winter Hill (another for a good walk on the other side of Manchester). From the southwest end of the hill you can also see the Jodrell Bank Observatory Telescope.

Bury
The well-known monument was erected as a tribute to Sir Robert Peel (founder of the police force and former prime minister). You can see North Wales from the top of it. If you start at Ramsbottom Station, you can also do a circular walk of two to three hours around to really get a sense of Bury.

Oldham
The site is known for its wildlife and is a frequent haunt for birdwatchers looking for kestrels and many other species! There are lots of trails and the lookout point offers picturesque views of the surrounding countryside with the city in the background. There is also a hidden waterfall near the parking lot, which is a must visit if you are in the area!

Peak District
Sitting on the Kinder Scout set it would be rude not to include this one in the list. This is technically Derbyshire, but it offers absolutely breathtaking views of our city when you get to the top. You will also be able to see Winter Hill Bolton and up to the mountains of Snowdonia on a clear day. A million and two rides to choose from here, so I’ll let you do the leg work!

Chorley
Winter Hill is the highest point in the West Pennines and you know what that means – HILL.TOP.VIEWS. You can even see Blackpool Tower from the Pike on a very clear day and of course great views of the city center and North Wales too!

Your Guide to Quaint Hill Station 5 Hours from Delhi

According to science, the secret side effects of daily marijuana use – Eat This Not That