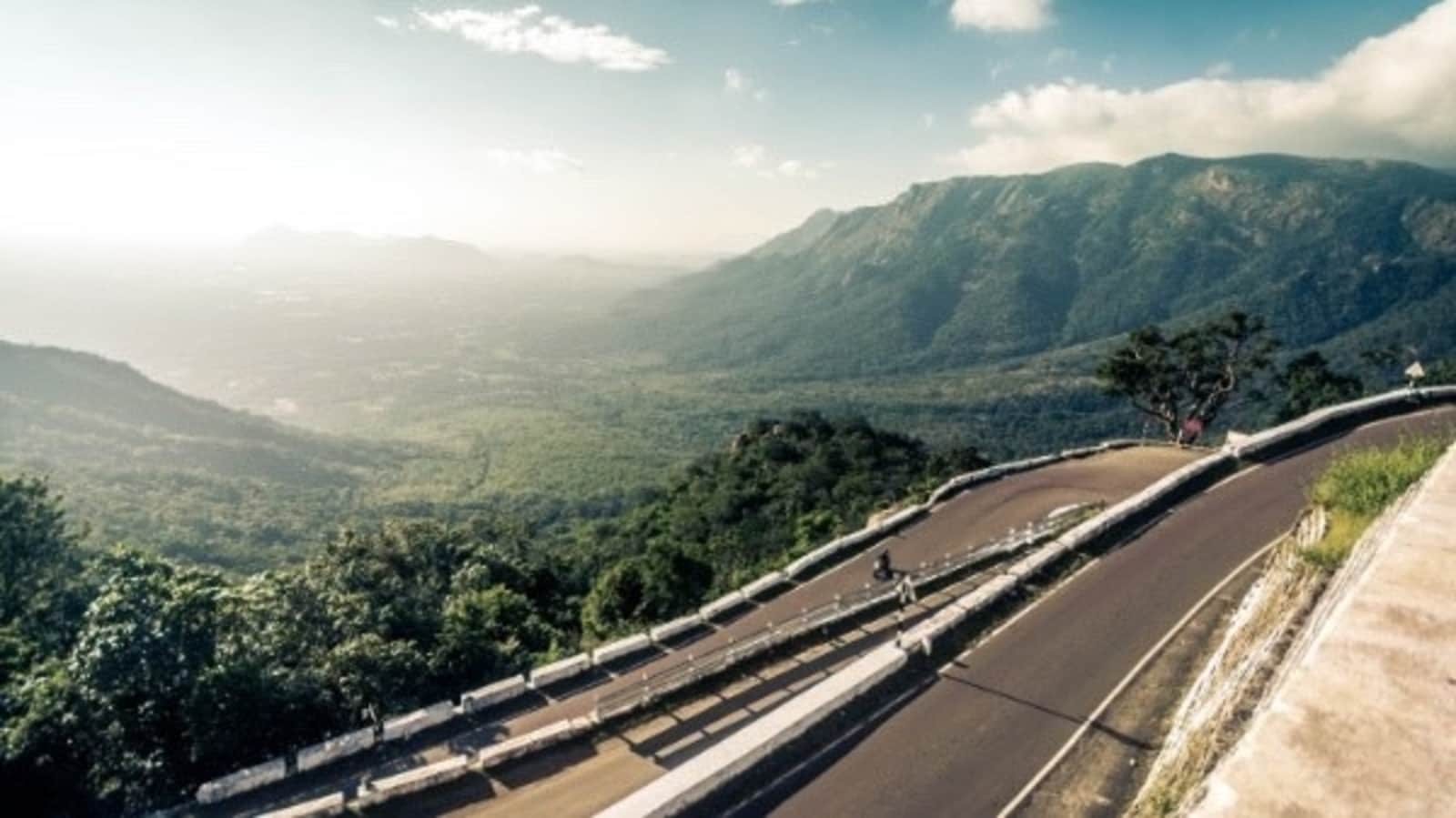 Dazzling through the hilltop woods of the Eastern Ghats is the route that bends the most. Surfing and cornering through the highest number of hairpin bends in South India with a cold wind against your face is nothing but a paradise for all bikers. Located in the high elevations of the eastern ghats, the Kolli Hills derive their name from the goddess who guards the hills-ettukai Amman, also called the Kollipavai.

The Kolli Hills belong to the Namakkal district of Tamil Nadu and are not far from major hubs like Trichy. Among the many distinct identities of Kolli Hills, the 70 hairpin bends make it a must-see for motorcycle enthusiasts. As you climb the hill, the temperature changes from hot to cool, and the changes in views are dramatic and recognizable. The cold wind against the face, traversing every turn as if the turns and the road were never going to end, takes the rider to the next level of thrill.

The viewpoints along the route offer spectacular landscapes where photographers can stop for a fantastic photo against a backdrop of blue hills. This hill road is for sure an escape from the boring daily commute to the office and rejuvenates the energy to ride more and more. There is also a watchtower to get a better view of this beautiful place.

The region was ruled by Vavil Ori, a benevolent king in the year 200CE who is known for keeping the powerful questing trio Chera, Chola and Pandiya out of the region. The hills are home to some of the calmest and quietest landscapes, which is why sages and spiritualists choose these hills for meditation and penance. This place is equally strange and mysterious, due to the uncharted terrain and thick vegetation. The Forest Department of Tamil Nadu manages three reserve forests, Ariyur Solai, Kundur Nadu and Pulianjolai, which are home to a plethora of endemic flora and fauna.

After having crossed the entire spectacle, the zone of coffee trees, pepper trees, and rice fields which is none other than the Semmedu. Semmedu is dotted with a few shops, tea stalls and a few hotels. Seekuparai viewpoint and Agaya Gangai waterfalls are points to come to stop and feel longer. The view of the green valley accentuated by the brown hills against the blue sky is breathtaking.

The hills are home to lush evergreen Ariyur shola forest at higher elevations, as well as coffee plantations and orchards. The great waterfalls that beckon any tourist to the Kolli Hills are none other than the Ganges seen from the sky. The list of major tourist attractions obviously begins with the Aghayagangai, which literally means the Ganges of Heaven. It is a beauty to behold as the water falls down the cliff while turning into a white spurt of medicated water.

It is a drop-off place for all nature lovers, trekking enthusiasts, tourists, meditators, etc. Masila Falls and Namma Aruvi are other small escapes in the vicinity. The Arapaleeswarar saktham is a poem from the sangam era which talks about Lord Arapaleeshwara whose temple is in the foothills themselves. Lord Arapaleeshwara stands watch over all living things in the hills. This temple is also the very sanctuary of Ettukai Amman, or the Kollipavai, from which the place takes its name.

The Kolli Hills are not limited to all these descriptions and not even the pictures that people who have been there might tell you. The bike ride to the top of the hill is an elevation gain of over 1400m above sea level and takes you right into clouds and mist which are heavenly and serene. The uncharted terrain has so much more to offer avid hikers and nature-loving hikers.

Run wild and free in the unrevealed greenery.

Explore the Kolli Hills and be part of the uncharted road.