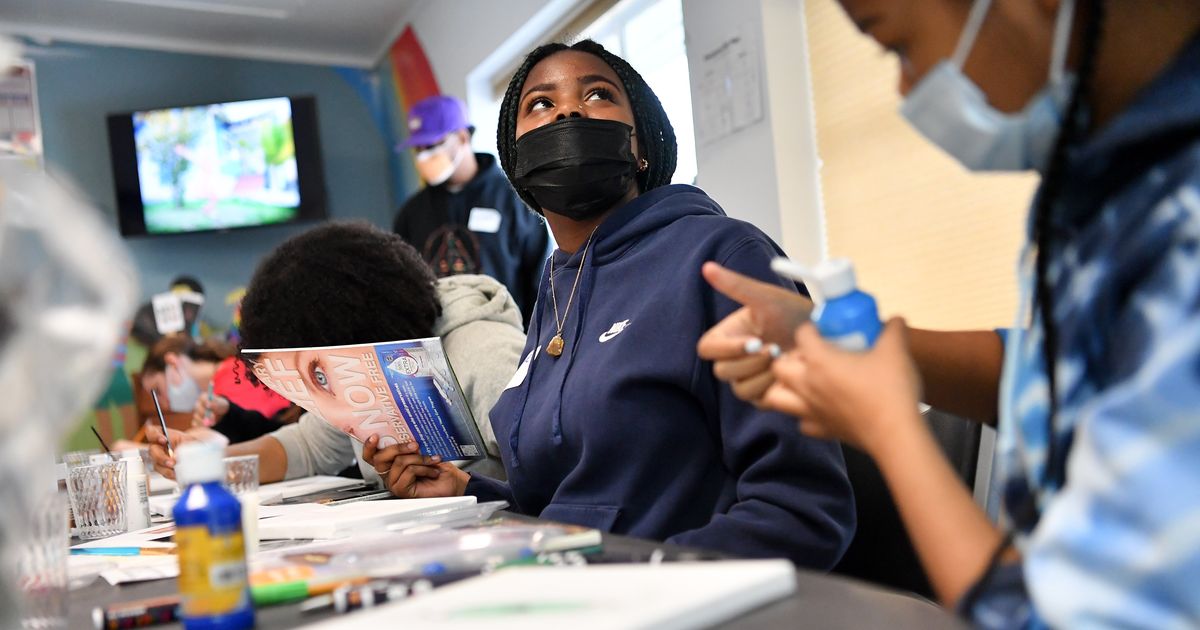 A dozen children put their artistic thoughts on canvas Saturday in a Black History Month-themed art and storytelling clinic hosted by The Way to Justice.

Camerina Zorrozua and Virla Spencer founded the nonprofit Spokane in 2020 to overcome barriers faced by people who have been negatively impacted by the justice system, according to its website. They can help people qualify for a driver’s license if theirs has been suspended or revoked, and can provide post-conviction help by having them expunged, reducing legal costs and more, a brochure says.

“One thing we learn is whether we know it or not, we’re all artists,” Spencer said. “And so a lot of those, if not 100% of those kids there, have had some type of trauma. And when you go through a trauma, you have to be able to have a way to be able to release that trauma.

“We chose art because we wanted it to be a platform for them to release whatever they were clinging to, a way to be able to deal with their trauma.”

Spencer said getting the kids through the door on a Saturday was half the battle.

“We want to be able to hold a space where they’re welcome to come in and be who they are,” she said.

The children selected works of art that marked them. One piece, for example, was a painting of former President Barack Obama.

15-year-old Deon Kinsey said he was “going with the flow” and painted a black cross on a white background. He said the cross is a symbol of God, in whom he believes.

He said he wanted to express his “artistic side” so he attended Saturday’s “youth empowerment” clinic at The Way of Justice building, formerly the Martin Luther King Jr. Center on the South Hill.

“I love art, but I don’t consider myself an artist,” Kinsey said.

Messiah Lockhard, 13, painted a large green eye in the center of his canvas, with a solid green background and six small hearts. Green is her favorite color, said Lockhard, who is Spencer’s daughter.

“It’s like the third eye seeing the creative things in life,” Lockhard said.

Spencer said the organization has held other youth empowerment programs before, like a COVID-19 vaccination clinic, but never focused on art. The event was funded by a grant from the Empire Health Foundation.

“We wanted to make sure it was held during Black History Month so people understood and knew there is history there,” Spencer said.

“There is no American history without black history,” she added.