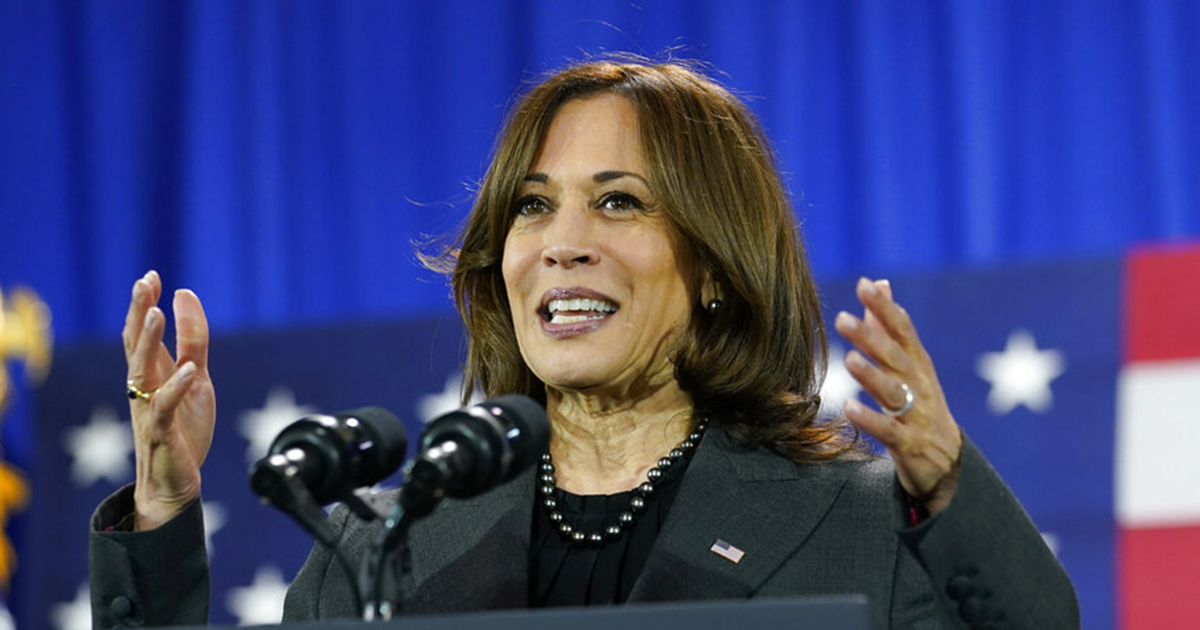 Harris took rapid and PCR tests, which came back positive, his office said. She “has not been in close contact” with President Biden or first lady Jill Biden, the vice president’s office said, citing their travel schedules.

“She has had no symptoms, will self-isolate and continue to work from the Vice President’s residence,” Harris spokeswoman Kirsten Allen said in a statement.

“She will follow CDC guidelines and the advice of her doctors. The vice president will return to the White House when she tests negative,” she added.

Harris, who is fully vaccinated and boosted, tested positive for COVID-19 weeks after a number of Democratic congressional leaders and Biden administration officials also contracted the virus.

Harris was scheduled to receive the president’s daily briefing alongside Biden on Tuesday morning, and it’s unclear whether that meeting took place. The White House did not immediately respond to a request for comment on the date of Biden’s last COVID-19 test, but the president is generally tested regularly.

Harris traveled to California last week, first to Los Angeles for a Democratic National Committee fundraiser, then to San Francisco and back to Los Angeles. She returned from Los Angeles on Monday.

Harris’ husband, Doug Emhoff, became the first member of the first and second couple to contract COVID-19. He tested positive on March 15, leading to a flurry of questions about Harris’ contact and whether she should wear a mask around the president and others. She continued to test negative during Emhoff’s stint with the coronavirus.

Earlier this month, Speaker Nancy Pelosi (D-Calif.) had the coronavirus, as did Attorney General Merrick Garland.

The White House recently acknowledged for the first time that Biden could contract COVID-19 amid the spike in positive cases surrounding the president earlier this month.

Officials point out that he is vaccinated, and White House press secretary Jen Psaki said last week that it would not be a failure of the precautions put in place to protect Biden if he were to catch the virus.

In Noida, a woman creates a “mini hill station” with 3000 plants

Rashami Desai shows off her adventurous side by bungee jumping in Himachal; fans say, ‘Wow’