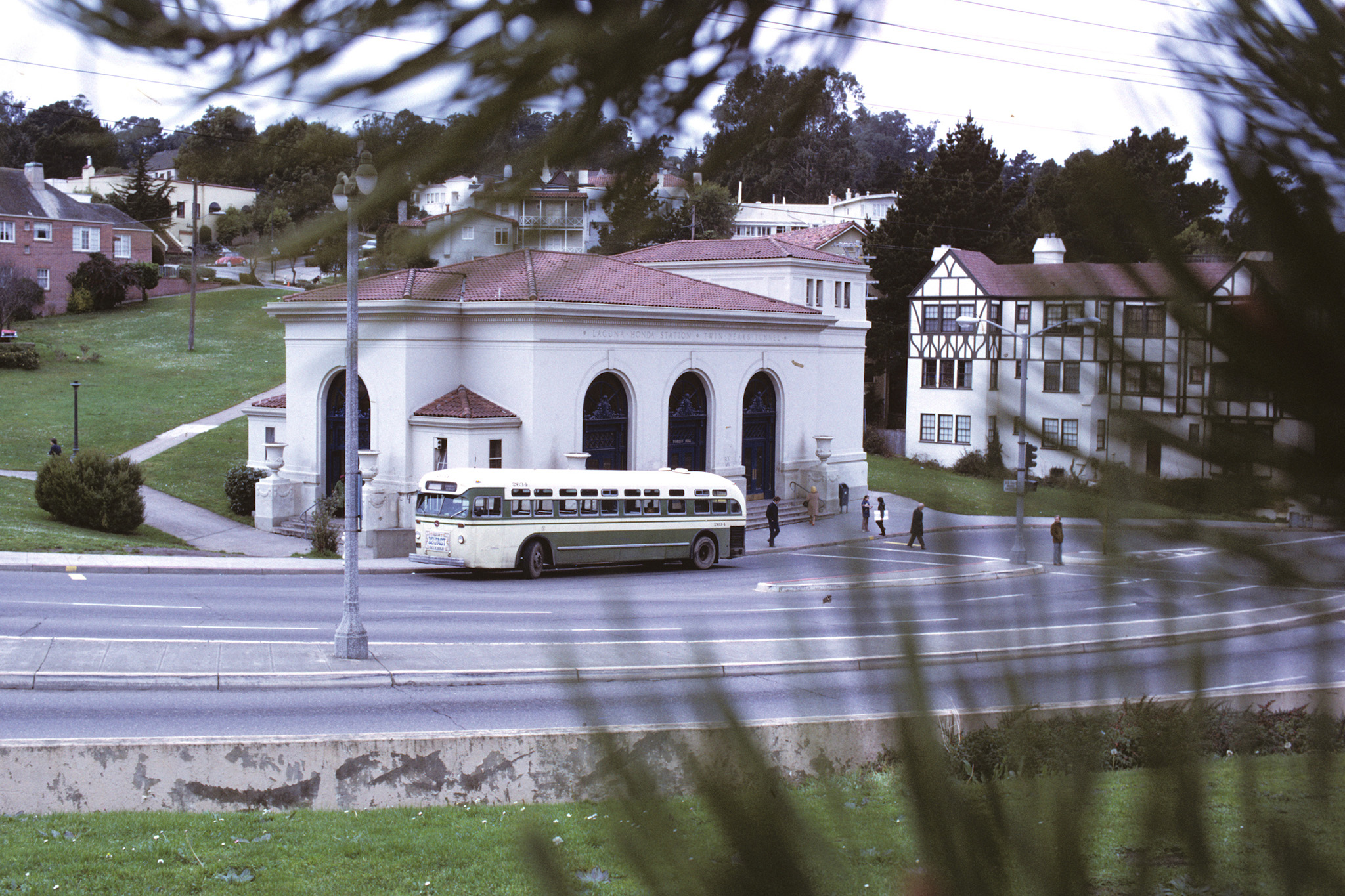 If city politics or the gradual pace of progress are starting to wear you down, rekindle some of that San Francisco fire by simply hooking up to a KLM train that runs through the Twin Peaks tunnel and disembarking at Forest Hill station.

Take a few minutes to soak up the architecture as other train lines arrive in rhythm and then depart from the timeless station.

The century-old building is a neo-classical landmark that continues to be a civic emblem of progress for our mighty city on the hills. It’s a reminder that we can hit highs and come out the other end without losing a sense of style. It is often cited as a favorite of transit enthusiasts and heralded as one of the oldest train stations in America, outside of the East Coast metropolises, which is still in operation.

Plus, we own this station—along with the tracks, the trains, and the occasional smell of grimy tar that blows through the tunnel—because Muni was established in 1912 to become the first public transit agency owned and operated by state in a major American city.

No other station celebrates the ‘People’s Railway’ quite like Forest Hill. The 23-foot-high ceiling supports a Mission-style red clay tile roof that is stacked on a facade adorned with ornate embellishments. It’s larger than central, nestled in the foothills behind Sutro Tower and Twin Peaks and in the shadow of Laguna Honda Hospital across the street.

When the tunnel and station were officially considered, the goal was to unite the eastern side of the city with its undeveloped western counterpart. With the devastation of the 1906 earthquake still a recent memory, city planners wanted to open the west to development. Twin Peaks, however, blocked the way.

A transportation plan created in 1913 by Bion Arnold, a pioneer in the design of streetcars across the country, started the project when his composite plan arrived at the office of city engineer Michael O’Shaughnessy.

Construction costs, totaling more than $4 million, were taken from landowners who would benefit from the train line, reinforcing that sense of common ownership whether San Franciscan landowners liked it or not.

The tunnel bore was opened in July 1917 after two and a half years of construction, and the tunnel line was officially opened in February 1918. Mayor James Rolph drove the first car that went from City Hall at St. Francis Circle in West Portal. A silent movie in the public domain captures the celebrations of this opening day.

The tunnel, end to end, is about 2.25 miles, and both sides have their historical intrigue. Next time you’re at the east end near Castro Street Station, keep a close eye out for the Bay Area’s only ghost station that reveals itself in the dust.

Thin and shrouded in darkness, Eureka Valley Station is an abandoned tomb of metropolitan engineering.

The station was first proposed in Arnold’s 1913 transportation plan as a transfer point between the tunnels for Twin Peaks and Sunset, near Duboce Triangle. However, the bifurcation project never materialized and the station became a small neighborhood stopover for about fifty years. When the San Francisco Municipal Transportation Agency began construction of the Market Street subway in the early 1970s, the Eureka Valley station met its demise and went into transit retirement.

Today, the station is a footnote in Muni’s history. Similar to the abandoned Old City Hall subway station in New York City, these stations can only be seen when moving on the train with their faces pressed against the window.

Heading west from Castro Station towards Forest Hill Station features a gradual incline through the burrows of Twin Peaks to reveal, perhaps, one of the deepest points in the city.

According to the historical tome “The People’s Railway” by Anthony Perles, the tunnel train line does not dip below sea level. Therefore, the deepest point in the city would likely exist offshore.

Nevertheless, the weight of Twin Peaks can be discerned passing between the east and west portals.

“You’re under the mountain,” says Richard Brandi, historian and resident of West Portal. “When you are in the tunnel under Twin Peaks, you are several hundred meters underground. Twin Peaks is over 900 feet high.

Brandi literally wrote the book about her neighborhood: 2005 “San Francisco’s West Portal Neighborhoods,” part of the Images of America series. He has studied the area extensively and has passed through these portals countless times.

“They ran it up slightly from Castro station to Forest Hill station, then down a bit so the tram engine wouldn’t burn out on too steep a grade,” he says of the tracks. “You can feel it when you ride, it’s subtle.”

It takes 2 minutes and 57 seconds to go from one station to another. Looking from behind the moving train reveals the great depth of the tunnel shaft as it shimmers in passing lights.

Emerging on the other side reveals Forest Hills Station, a landmark that was designated by the city in 2004. The station’s historic architecture is preserved, but adjustments were inevitable. There was a multi-million dollar upgrade in 1985 and the station changed its name. However, its original nickname, Laguna Honda Station, is engraved on the station’s main house.

In 2019, there were an average of 3,900 weekday passengers who passed through, and each of them would likely tell you about the 113 steps it takes to reach street level.

The sound of a departing Muni ringing his snapping bell mute with the Doppler effect at the start of this ascent. The steep staircase has several levels, zigzagging upwards as it moves to the rhythm of hordes of commuters.

Upon reaching the street, some people cling to the steps for a Muni bus to continue their journey. Not to mention the 44 O’Shaughnessy bus route which commemorates the town engineer who helped build this town on rocks and mounds.

Forever tied to the history of Forest Hill Station is the compact mall located at the bend of Laguna Honda Boulevard. The building envelope is still in its original design, which evokes the Mission-style architecture of the subway station. It was designed by the area’s leading developer, Newell-Murdoch, as part of the attraction for potential buyers of the land in the western town.

“There was nothing here,” Brandi said. “The nearest store was over the hill. In order to sell lots, Newell-Murdoch needed a few stores to let people know it was worth buying here.

Businesses have come and gone, including a Safeway market that operated out of the mall in the 1930s. This unit has since evolved into the spiritual guidance business Psychic Solutions, adding yet another spark of intrigue to this ever-changing metro station.