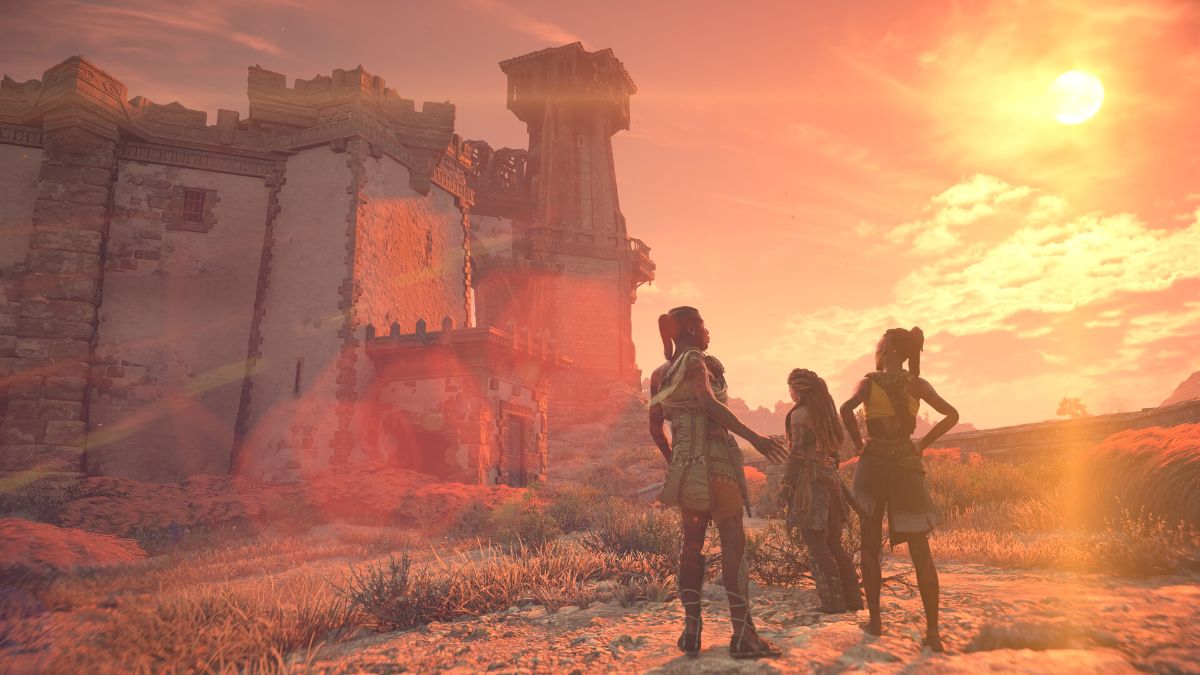 Jaxx wants to help a group of Tenakth soldiers who are far from home. Make no mistake, this is a dangerous mission. Tenakth isn’t the friendliest person in the game and Jaxx wants your backup in case things go wrong. Here’s how to complete the Tribe apart side quest in Horizon Forbidden West.

You will most likely find out about this quest through a rumor in one of the many settlements in the area. Begin the quest by traveling to the area on the map above. It can be found southwest of Barren Light and near Carja Camp in No Man’s Land. When you arrive at the cave, you will be greeted with a cutscene after talking to the group of people.

After the cutscene, follow Sokorra through the cave. The path you follow will take you down the hill to the water. Cross the river and follow Sokorra to Riverwatch. There will be many machines inside. Take them out. It will be two Burrowers and two Glinthawks. After the fight, talk to Sokorra.

After the cutscene ends, you’ll need to climb the nearby tower. Head to the left side of the tower to find a wall you can knock down with your Pullcaster. Enter the basement of the tower through the wall and go to the other side of the room. You will find a door with a climbing path leading to the second floor.

Go out into the yard and up the stairs. Climb to the top of the house with the platform hanging above. Knock down the platform to access the building below. Push the crate upside down to the next wall section. Climb up the wall and follow it to the arch. Use your Pullcaster to stand up and climb. Run to the other side of the arch to find a ladder.

After climbing the tower, you will get a cutscene. Jaxx and Sokorra are in trouble. A machine chases them. Pursue them and repel the machines. Then you will have to meet them in the cave in which you started the quest. Talk to Jaxx and Sokorra. After another cutscene, the quest will be complete.