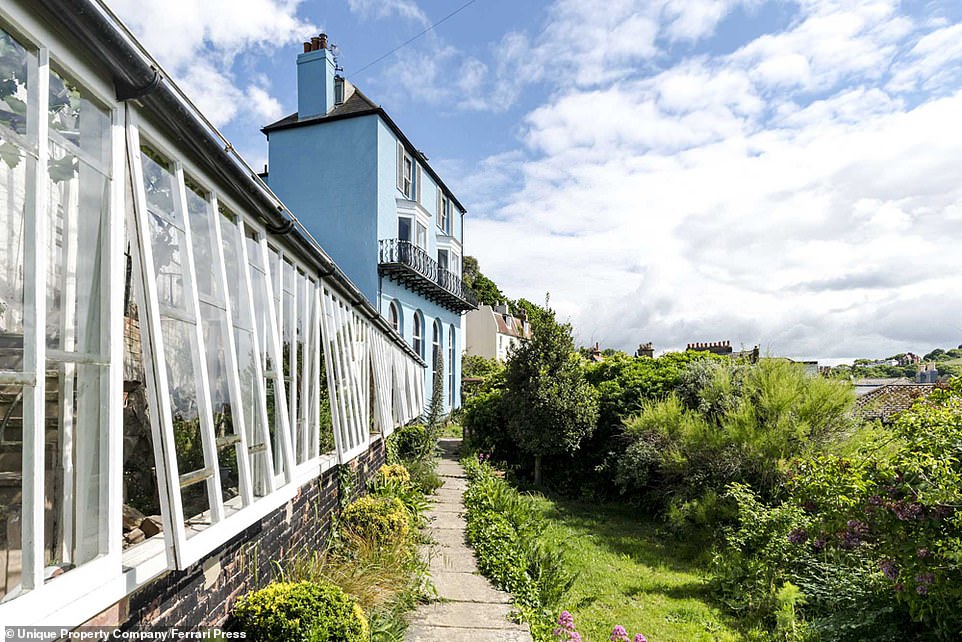 A stunning historic cliffside villa featuring caves once occupied by smugglers and used as an air raid shelter during WW2 is on the market for almost £2million.

The Grade II listed property, West Hill Villa, was built into the sandstone bedrock of its namesake West Hill cliff in Hastings, East Sussex around 1800.

The 19th-century house is connected to a network of vaulted tunnels, known as St Clements Caves, believed to date back to the last known Ice Age in 14,000 BC.

The first written reference to the caves was the story of an old couple who took up residence inside after being fired from a workshop for misbehavior in 1783.

But the vaulted network is said to have been used by smugglers along the south coast of England before that.

The villa has an orangery, a private wine store and a bathroom in a cave that was once used for smuggling 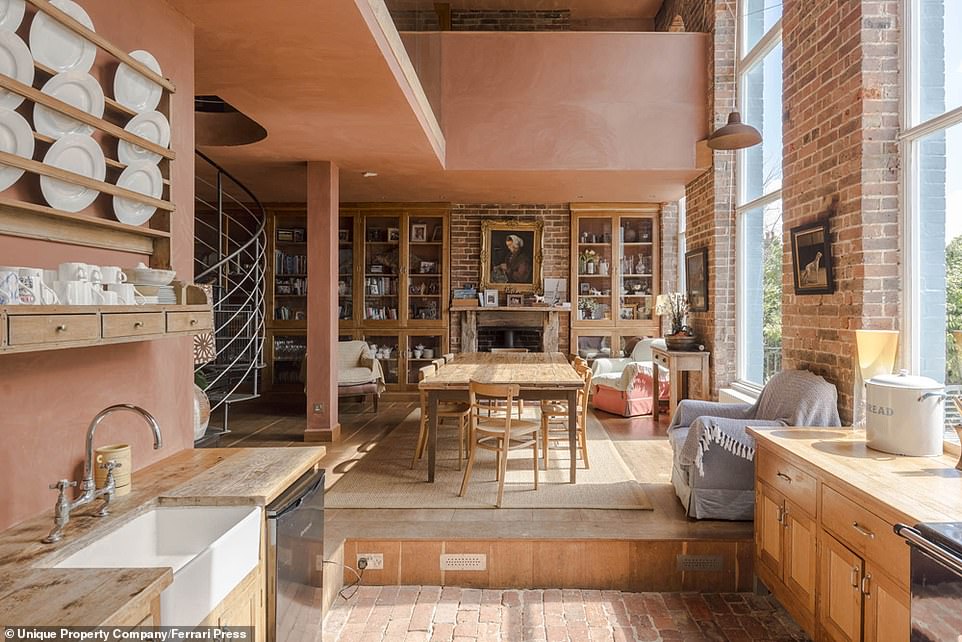 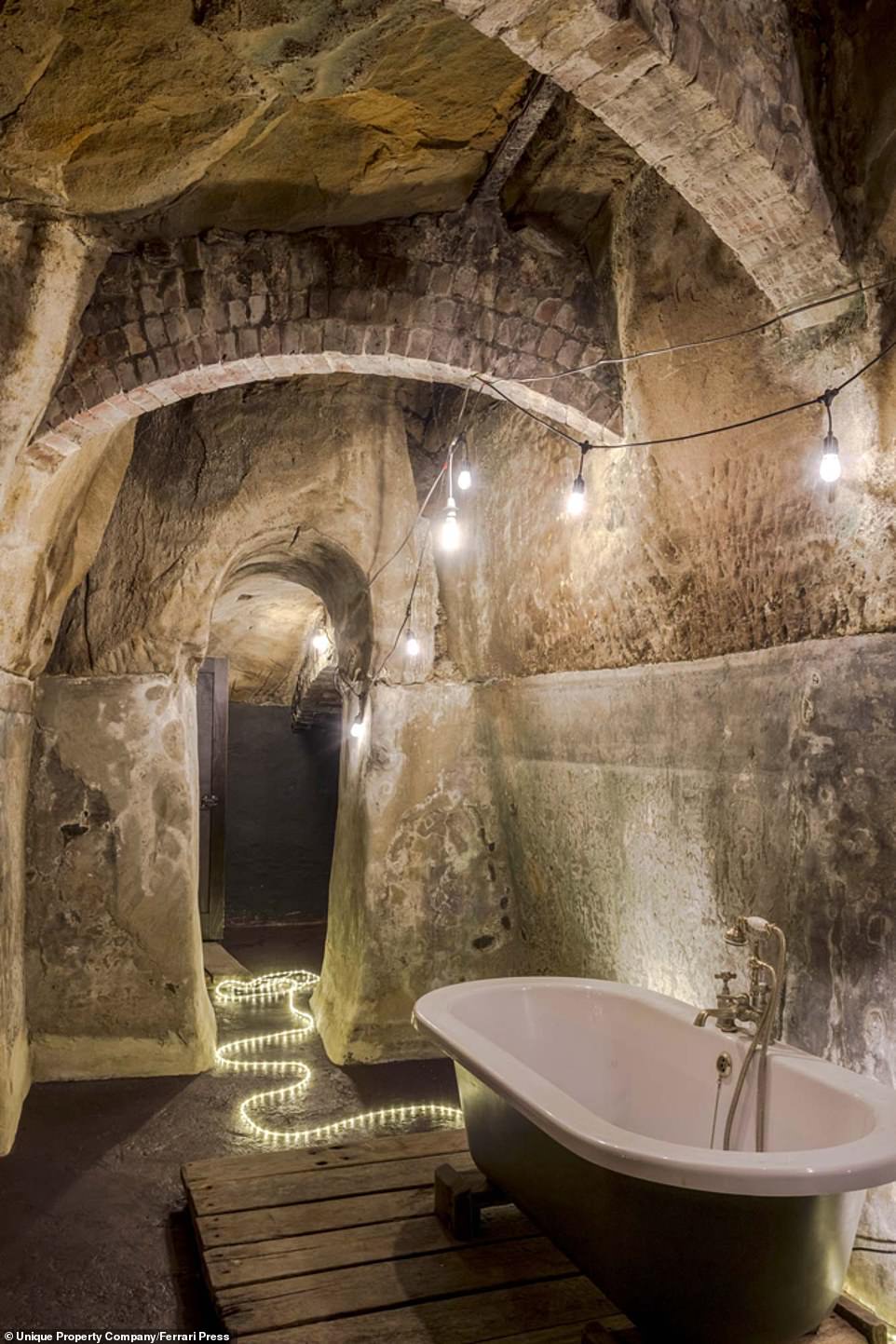 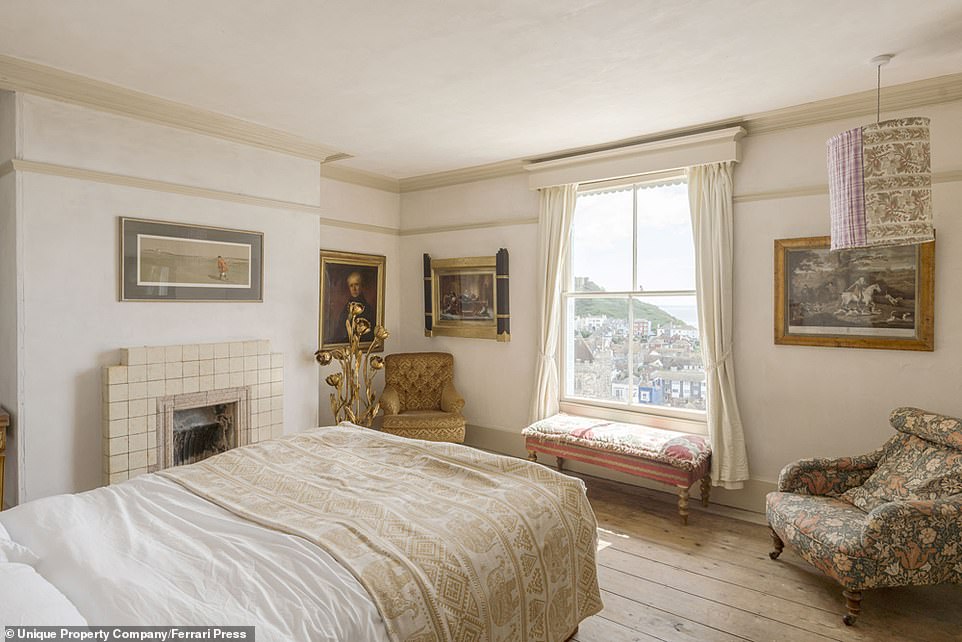 Rooms are furnished in a Georgian style with wooden floors and lovely views over Hastings, East Sussex

In the 1820s the caves were rediscovered by a local grocer named Joseph Golding who was cutting a garden seat into the side of the cliff when he entered the vast cavern.

By 1864 the network had become a tourist attraction – which has since been visited by the likes of Prince Charles and Princess Diana, as well as the Rolling Stones.

During World War II, the caves were temporarily turned into an air-raid shelter that could accommodate up to 900 people.

Now part of the extensive cave system is up for grabs as West Hill Villa comes on the market with Unique Property Company for £1.95million.

Described by estate agents as ‘the most beautifully situated house in Hastings Old Town’, the five-bedroom property boasts stunning coastline and sea views.

Perhaps the most spectacular aspect of the property is its bathrooms – located downstairs at the rear – which are built into the extensive network of caves.

Originally home to the ancient pottery of Hastings, the historic caves – complete with wall carvings – now form a beautifully finished bathroom area with a sauna. 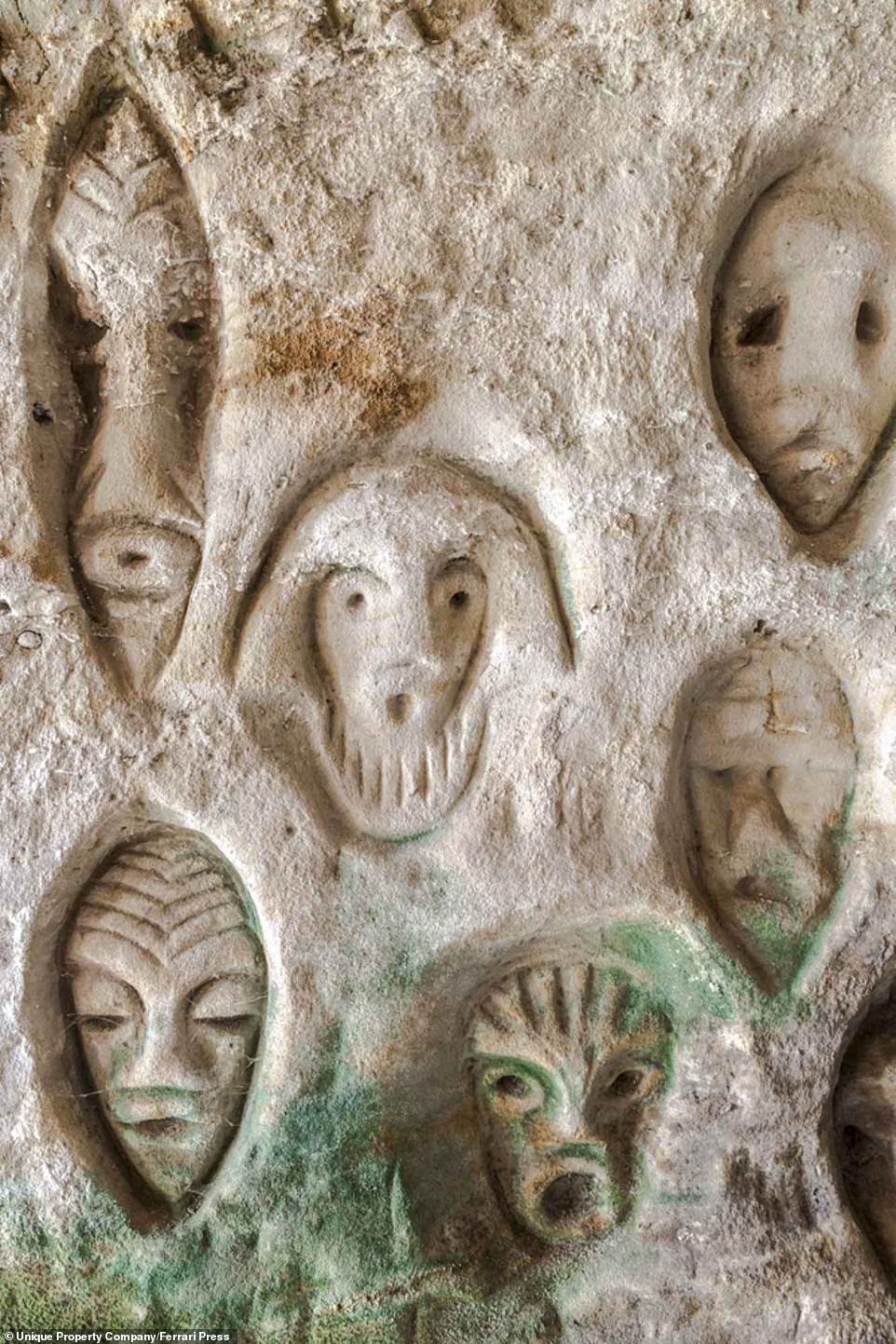 The cave system, however, dates back to the last ice age in 14,000 BC. Sculptures and paintings can still be seen today, although it is unclear when they date from 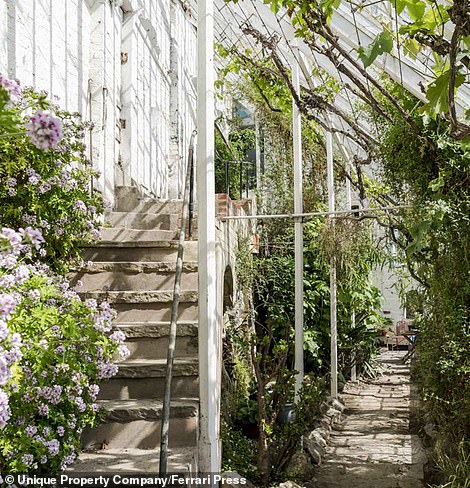 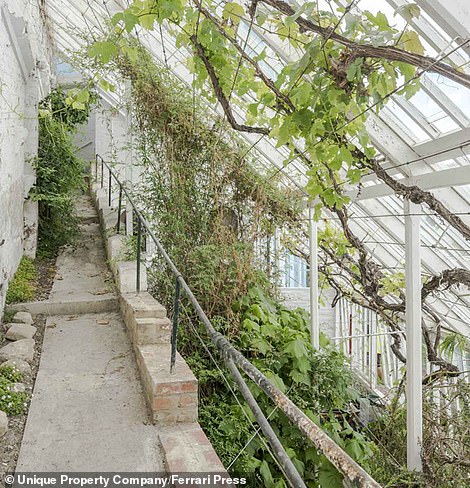 A 90-foot orangery forms the west wing of the property and houses a fish pond as well as vines, banana trees and other exotic plants 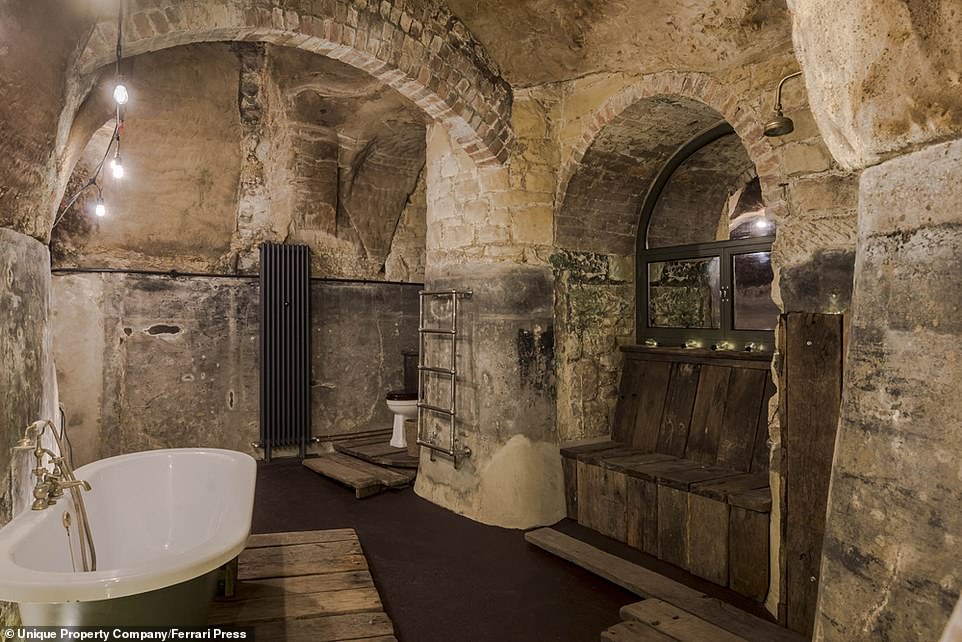 The cave system is thought to have been used by smugglers – but this section is now a luxurious space with a built-in sauna, giving owners a mini-spa in their own home 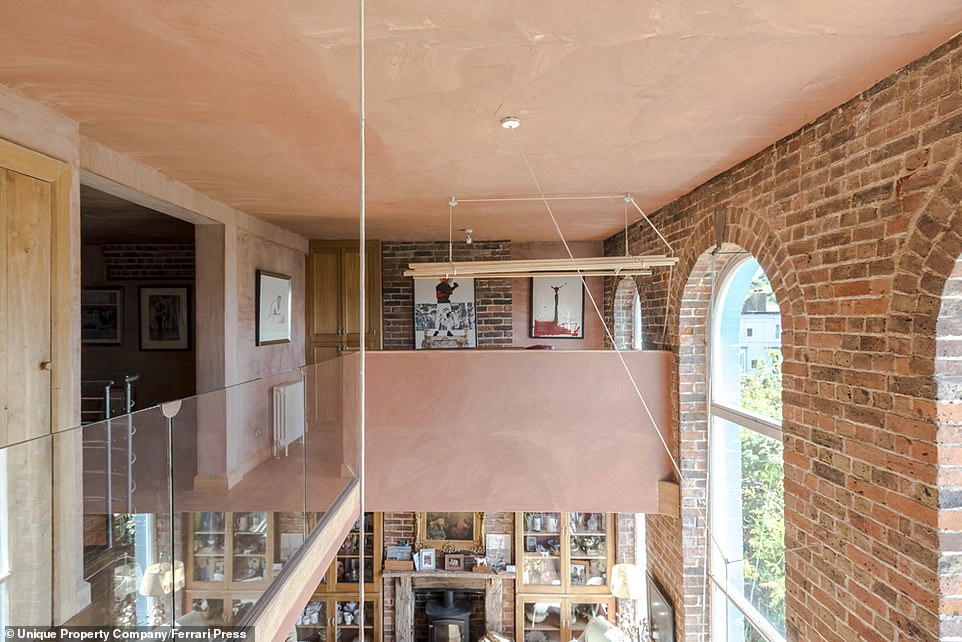 The modern glass landing and paintings match perfectly with the brick interior, with the bold shapes and natural beauty of the interior still being embraced by the newer additions. 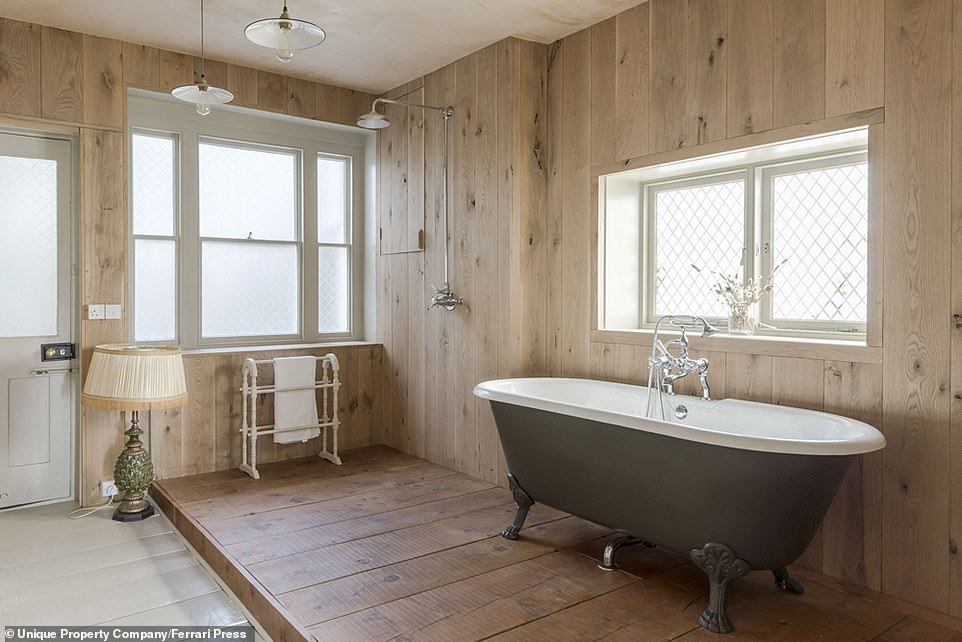 Although they are not in a cave, the other two bedrooms of the villa are equally spacious and in a minimalist style.

The house also has its own private garage and garden – with a lawned patio, vegetable patch and raised seating area – and backs onto the huge open spaces of West Hill.

Over the past year the house has been completely renovated giving it a unique blend of period and contemporary features.

A 90ft orangery forms the west wing of the property and is home to a fish pond as well as vines, banana trees and other exotic plants – some of which are said to have been brought to the house by Captain James Cook, the famous explorer British. .

The Orangery is said to have been used as a refuge for plants found on his travels before being transported to Kew Gardens.

The ground floor reception and kitchen have four large south-facing semicircular windows with stunning sea views, while a spiral staircase leads to the first floor mezzanine with a separate toilet. 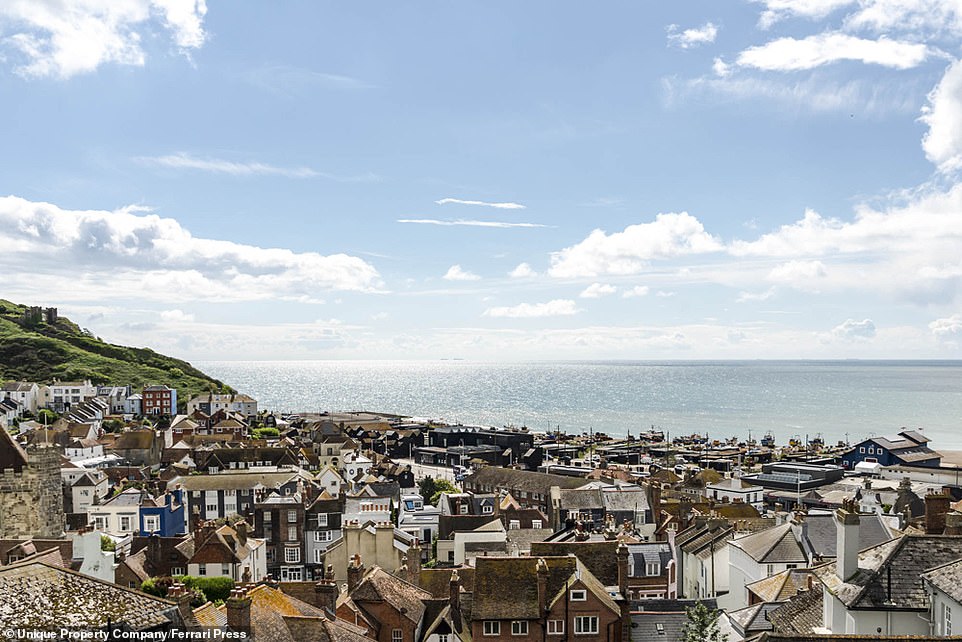 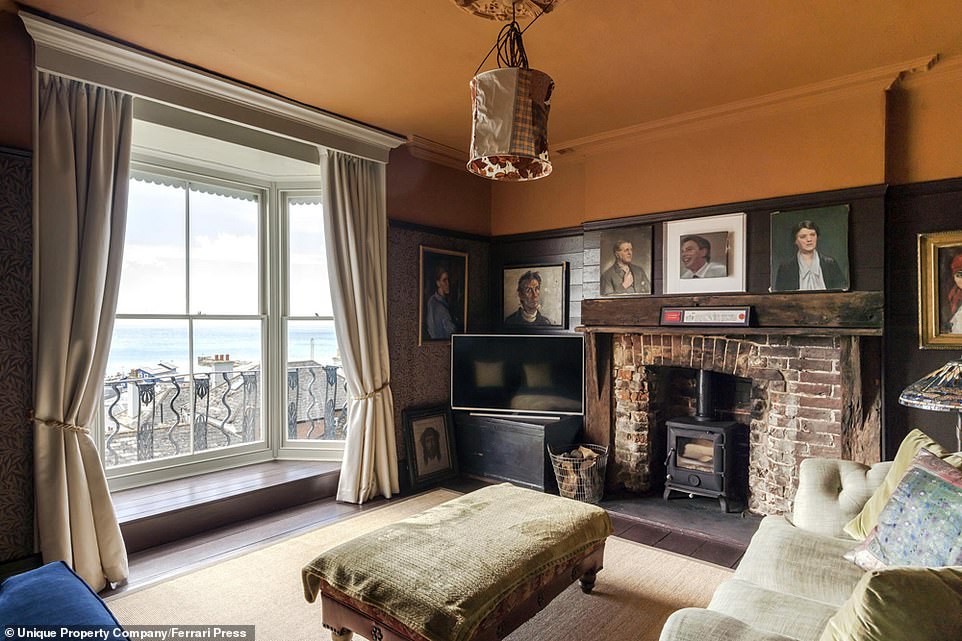 The third floor has a bedroom with an en-suite bathroom, as well as a private living room with an original fireplace and a balcony overlooking the sea. 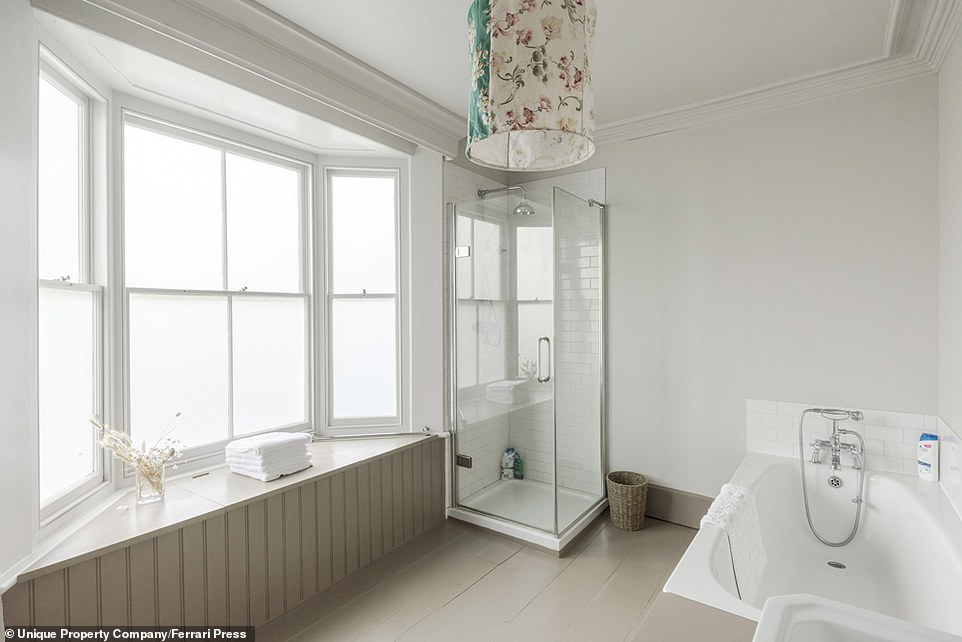 The en-suite bathroom on the third floor is a color contrast to the rest of the £1.95million villa, but with plenty of light and space it definitely feels part of the house 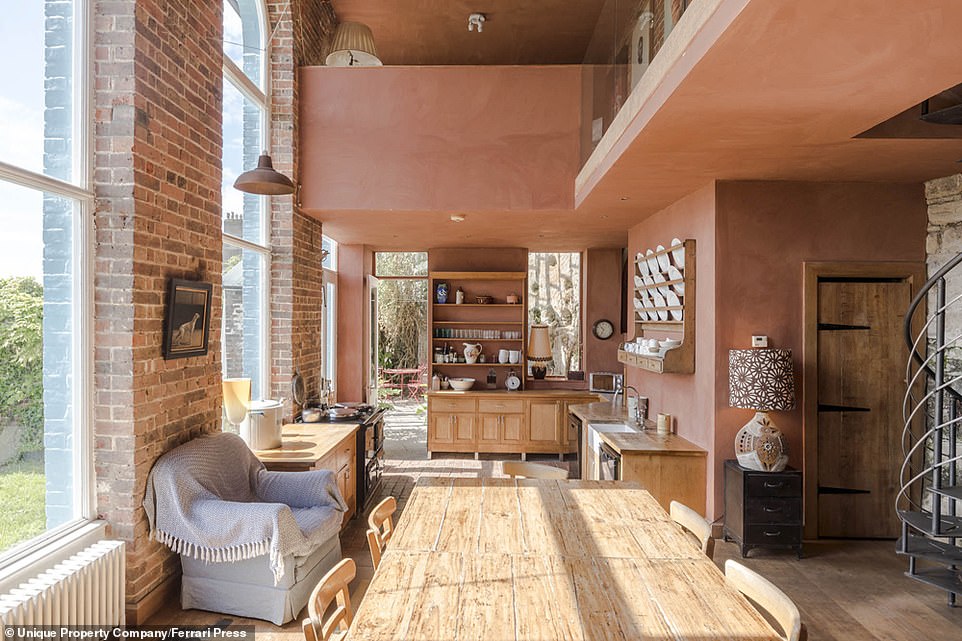 The kitchen and dining room open onto a sunny outdoor area and offer views of the garden, which includes a lawn, raised seating area and vegetable patch 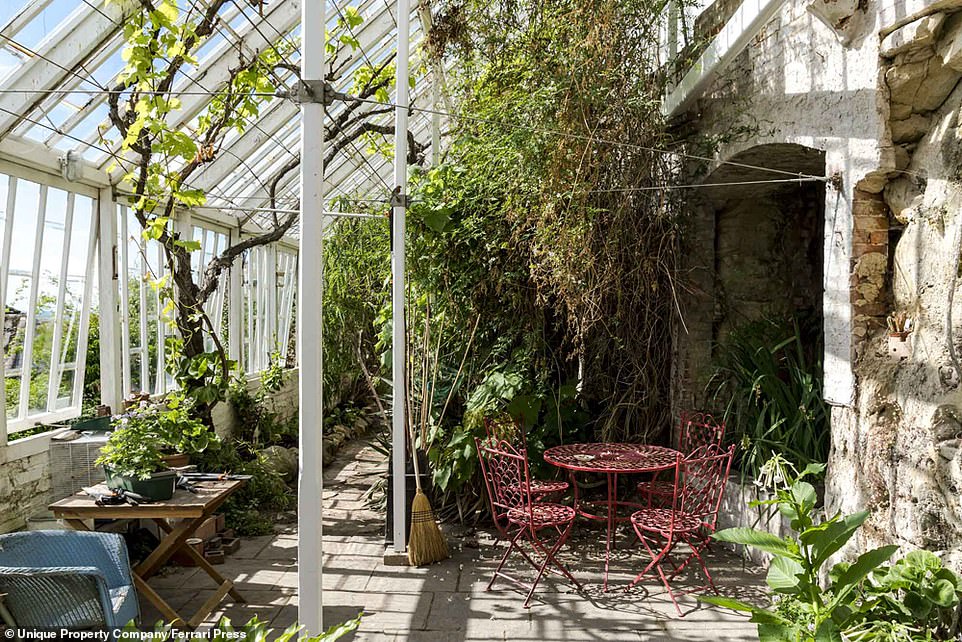 As well as housing exotic plants believed to have been brought to the UK by Captain James Cook, the Orangery also has space for its own seating area where new owners can enjoy the sunshine. 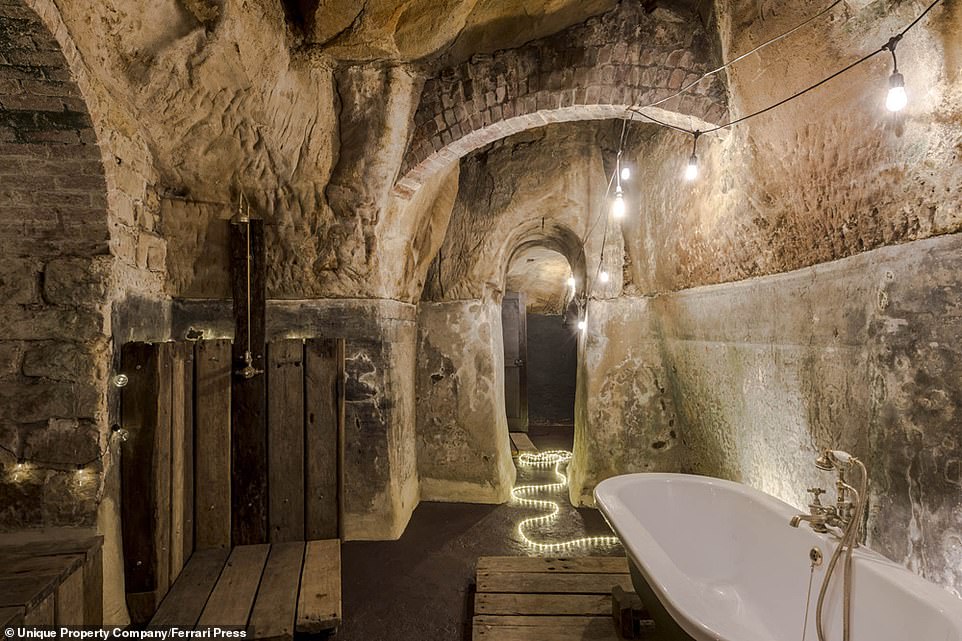 A “secret” staircase goes up to the third floor where there is a master bedroom, as well as an en-suite bathroom and an adjoining living room – both of these bedrooms have a cast-iron balcony.

There is even an inner courtyard with a private winery.

Another staircase leads to the fourth floor which houses two further double bedrooms with original Georgian features and sash windows with louvered shutters.

And the top floor has skylights with views of the western hill at the back and the sea from the front.

There is evidence that the Romantic artist JMW Turner painted from one of the bedrooms in the house during his stays in Hastings.

While West Hill Villa sits in the heart of Hastings Old Town, it is described as ‘a quiet, secluded home with discreet entrances and a sense of privacy’.

A Unique Property Company spokesperson said: ‘The house is in one of Hastings’ most desirable areas, the ‘Old Town’.

“It’s wonderfully historic and atmospheric, the owner has executed one of the most thoughtful and sympathetic renovations to a period home we’ve seen in some time.”

Have you been to this new hill station in Andhra?