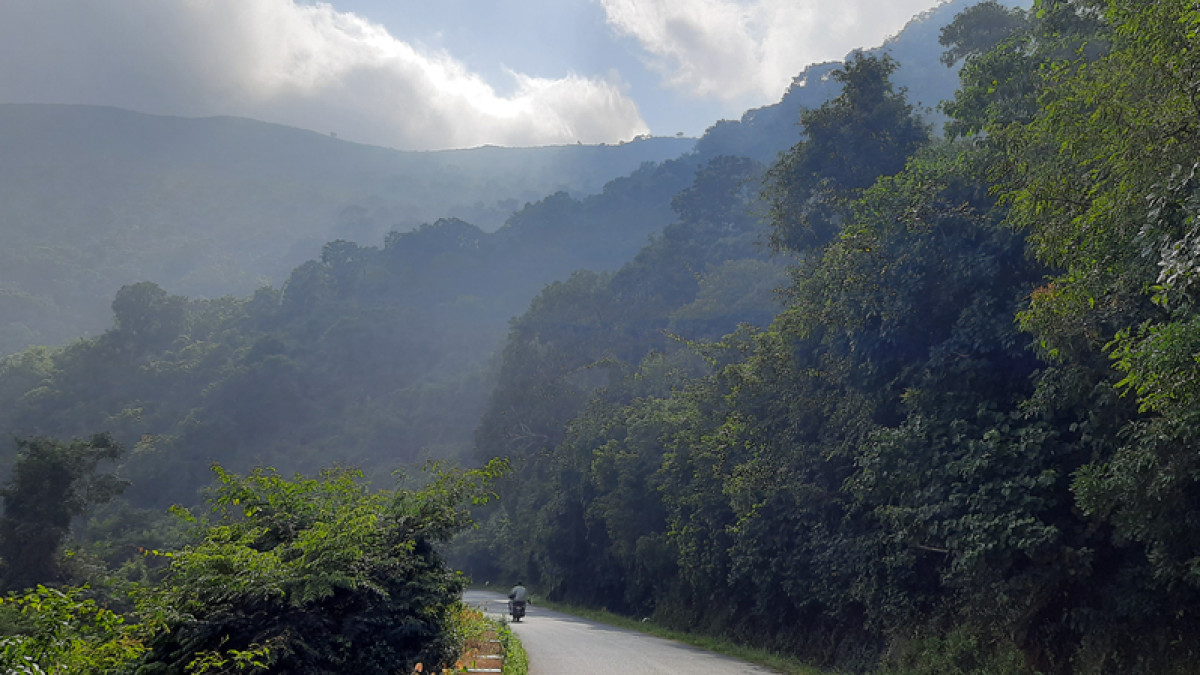 Have you been to this new hill station in Andhra?

Dawn gradually unfolds and a golden horizon appears as the sun rises amid dense, wispy clouds. The morning is cool and crisp, and all the senses are heightened as one witnesses the dreamlike cascade of clouds rippling like a river. The sun rises over the divide between two hills and soon you find yourself above a veritable abode of clouds, which float like the waves of the sea, under the influence. Soon the peaks of the mountains are revealed, giving a glimpse of the canvas of a beautiful morning.

Rising 3,400 feet above mean sea level (MSL), the Vanjangi Hills are home to one of the most beautiful sunrises. They take their name from a village near Paderu in the Eastern Ghats of Andhra Pradesh, in the district of Visakhapatnam. Vanjangi is the latest hill station in India to surface and is enjoying a moment among mountain lovers.

The majestic views from the Vanjangi Hills were something largely unheard of until recently. The place became famous recently after hikers and nature lovers, delighted with their discovery, shared their experience on social networks.

This newly discovered haven of peace has already earned the nickname Megha Samudram, or the ocean of clouds. And the name seems quite apt, because never before have tourists witnessed such an altitude gathering of clouds every fine morning. The golden light tinting the cloud cover as it floats endlessly is actually a sight not to be missed.

The sparsely populated village has suddenly seen an incredible increase in the number of hikers and people who flock to the tip of the hill to admire the splendor of the clouds, which could also become a concern in the coming times and cause problems such that overcrowding and pollution, something that hill stations in India are already struggling with.

Nonetheless, Vanjangi is fast becoming a hot new tourist destination, a must-visit for Visakhapatnam locals and it’s hard to resist the urge not to. It takes about 3 hours drive from Visakhapatnam to reach the viewpoint as it is about 100 km from the city and 6 km from Paderu village. A five kilometer walk through the forest in the early hours of the morning must be done in order to reach the top of the hill in time for sunrise.

While uncontrolled footfall and little administrative oversight can often turn such beautiful destinations into plastic dumps left behind by irresponsible travellers, locals hope that government intervention will help responsible tourism so as not to destroy the place. .

Police monitor domestic violence on the Upper East Side