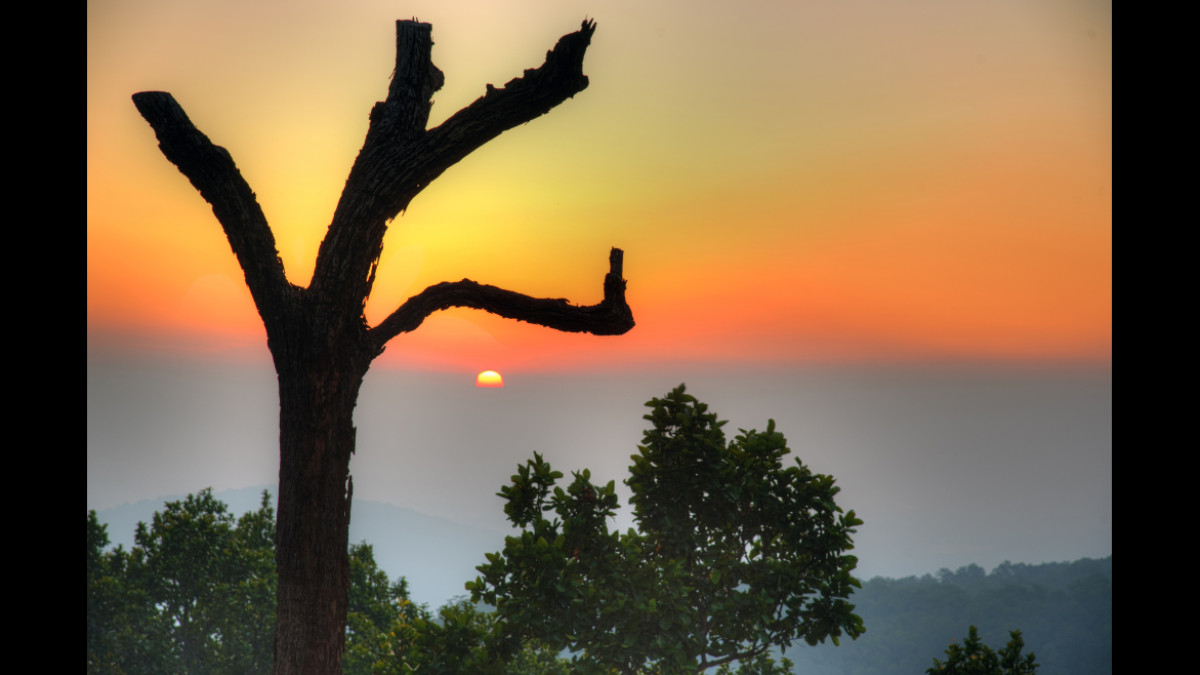 Surrounded by low hills, forests and rolling springs, Netarhat nestles like a secret hideaway in the heart of Jharkhand. Once home to several tribes, the hills caught the attention of British rulers who turned it into a hill station. Then dubbed the ‘Queen of Chhota Nagpur’, the hill station is now well past its colonial days. Now known for its natural beauty and public boarding school opened in 1954, Netarhat is a weekend getaway from Ranchi, the state capital, about 150 km by road.

Reaching Netarhat from the plains is part of the fun. The rolling hills are covered with sal, palash and mahuwa trees. The steep hill road (the ‘ghat’ road) cuts through forests, passes a few sharp bends to finally flatten out into a plateau on which Netarhat perches 1,250 meters above sea level, amidst cypress and pine trees. . Part of the route also runs alongside the Dalma Sanctuary and overpasses have been created for wild elephants. An elaborate gate welcomes visitors to the city.

Once in Netarhat, relax in its laid-back charm. Enjoy sunrise and sunset views, walk through pine forests (recommended only for large groups), and go on excursions in the surrounding hills. While most people head to the observation deck of the state tourist lodge to watch the sunrise, the sunset is best viewed from the wooded tip of Magnolia. Your chance of seeing the sun rise or set also depends on the weather.

The Netarhat Vidyalaya (a boarding school) is about 2 km from the tourist lodge. Less than a kilometer from the school is an old British building, the Chalet House. Said to be the former summer quarters of British officers, it is now a government office. About 2 km from the Netarhat bus station is a dam built during the British period. Surrounded by hills, it is a popular picnic spot in winter.

Probably no British hill station in India is without scandal or the point of suicide. Netarhat is no exception. According to local tales, during the colonial period, an English resident named Magnolia fell in love with a local peasant. But literally pushed to the limit by society, she committed suicide by throwing herself from the top of the cliff. Since then, the place has become known as Magnolia Point. A statue of the couple was built here and the story engraved on a stone slab. The local administration has beautified the place too. However, during the high tourist season, it is difficult to find a viewpoint unless you arrive early. If you start early, you might spend some time at the viewpoint from where you can see the Koel River meandering through the green hills below.

According to local beliefs, Hanuman (the monkey god of the Ramayana) was born in a cave in the nearby village of Anjan and it was there that he rushed to eat the sun thinking it was a fruit. The hills surrounding Netarhat are dotted with rolling springs and waterfalls. The Upper Ghagri waterfalls are about 6 km from Netarhat. Lower Ghagri is 4 km from here. The region has many orchards where pears (nashpati) grow. To reach both waterfalls, you have to leave the car behind and walk through the forest.

If you are looking for a longer outing, head to Lodh Waterfalls, considered the highest waterfall in Jharkhand, about 62 km from Netarhat (via Mahuadanr town). It is also known as Burha Ghagh (ghagh is the local term for waterfalls). The Burha River is joined by several streams running down the hills. The waterfalls thus formed descend more than 140 meters into a basin that disappears into the forest. Caution should be exercised as the rocks can be slippery and avoid getting too close to the base of the falls.

As darkness settles over the hills, Netarhat transforms into a shell. Shortly after sunset, visitors retire to their hotels and the roads empty. A veil of calm falls over the surrounding hills as nature rests to rise with the sun the next day.

Information: Netarhat is about 156 km west of Ranchi, the nearest airport and railway station. Usually, visitors combine a visit to Netarhat with Betla National Park (about 115 km via Mahuadanr town). Prabhat Vihar Hotel by Jharkhand Tourism is the best place to stay in Netarhat. As it is an offbeat tourist destination, it is advisable not to stray into deserted areas even when traveling in a group. Mobile phone connectivity fluctuates. Ask permission before taking pictures of tribal people. Best time to visit: November to March. While the summers can be hot, the temperature in Netarhat is lower than that of the plains. Compulsory woolen in winter. Pack mosquito/insect repellents and essential medicines.