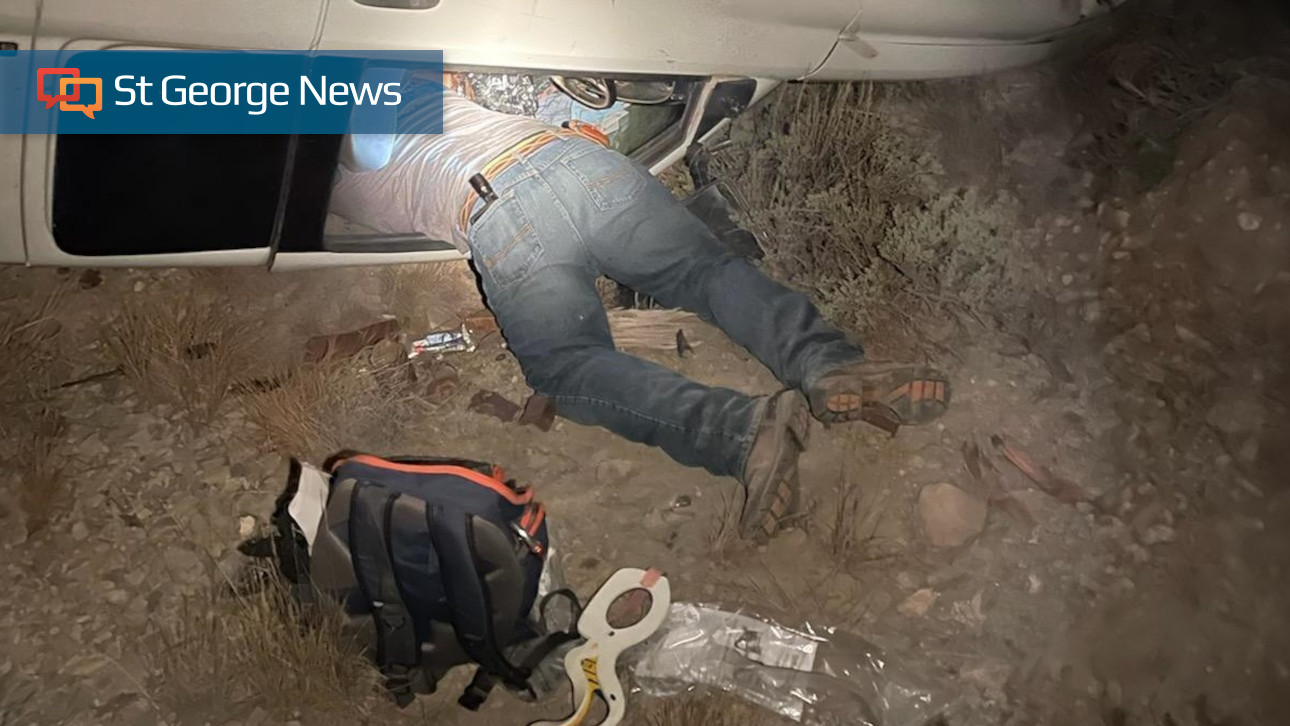 ST. GEORGE- A truck slammed into a steep cliff around 8 p.m. Monday night in the Shauntie Mountain Range, seriously injuring a Minersville driver and posing a challenge for rescuers to find the vehicle.

Some 30 Beaver County search and rescue volunteers searched until the early hours of Tuesday morning before locating the vehicle, driver and passenger. The passenger was not in the truck when it went over the cliff. He was at the top of the mountain, according to search and rescue officials.

“The truck fell off a very, very steep cliff,” said Beaver County Emergency Services Manager Les Whitney. “The truck rolled down the hill on its wheels until it hit a tree, then rolled over… on its top.”

Authorities said the 60-year-old man who drove the white Dodge truck with an RV shell had broken ribs and collarbone, internal bleeding and head injuries. He was airlifted by Classic Air from Page, Arizona to St. George Regional Hospital.

“The guy is very lucky,” Whitney said. “And thank God for our good first responders and the people who come to help.”

But when it comes to those who come to help research incidents like this, Whitney also said it’s important for citizens to remember that they must check in with the command post once they arrive. Otherwise, it’s like “gathering cats” when people aren’t coordinated with the search and rescue team.

The male passenger from Milford who was not inside the truck at the time of the incident was able to call for help on his mobile phone. Since the passenger was unable to clearly point out their exact location, locating the pair took the search and rescue from 8 p.m. to 2 a.m. And they found the pair by calling and following the sound of their voices, he said.

“I couldn’t ask for a better group of people out of all these agencies who are willing to give their time and volunteer,” Les said.

Stephanie DeGraw is an award-winning journalist. For 25 years, she has been involved in journalism, broadcasting and public relations. DeGraw has worked for the Salt Lake Tribune, Associated Press and The City Journals. She was a reporter for a CBS television station in Twin Falls, Idaho. She graduated from Weber State University with a bachelor’s degree in journalism and broadcasting.

Shortland Street – The Podcast: The Lighter Side of Ferndale