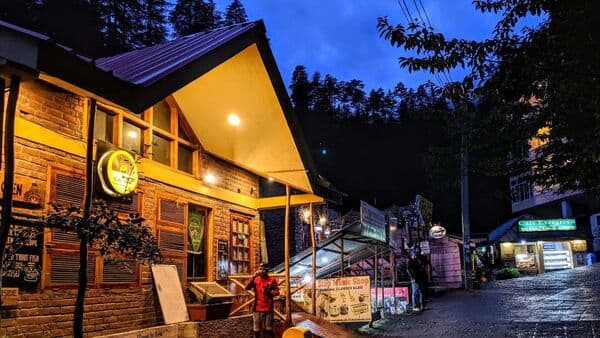 Do not drink or drive in this hill station because…

A mini-clip from an Instagram user left social media in two. Over seven million people have already watched the video and given it over 350,000 likes. In the traffic sign captured in the video, Kullu Police warn of “Drink and Drive”.

There has been an increase in the use of creative and entertaining methods to raise awareness of a variety of issues. Following the trend Kullu Police have now produced a hilarious road safety warning sign.

The short clip showed the drink-driving warning. The warning read: “Do not drive drunk. Manali prison is extremely cold.” There is also a smoking warning on the sign that says, “Cigarette burns lungs”.

Instagram users reacted enthusiastically to the music video. While the panel itself is hilarious on its own, some users have pointed to the leaves around the panel. Curiosity is generated because the leaves look suspiciously like marijuana leaves.

There are amusing signs, aimed at reckless drivers with a sense of humor, strewn along the 478 km long Manali-Leh road. A sequence of puns and rhymes with obscure messages not always easy to decipher hides the dark truth that reckless driving can kill.

The Border Roads Organization, which started “Project Himank” in 1985 with the aim of maintaining and repairing some of India’s highest roads in the northern Himalayas, erected the road signs. Officials visibly retained their sense of humor despite the difficult terrain and appalling weather conditions.

One of the signs reads: I am ‘Curveceous’ Be Slow. Placed on a steep bend, the sign uses a degree of personification in its message by seeming to equate the curves of the road with a woman’s body. The funny way the word “curvy” is spelled adds to the hilarity.

Another sign reads: Don’t be stupid in the hills. At the edge of a notoriously windy stretch of road, there is a rather uninviting notice. Although not stated, it is assumed that the “foolishness” he refers to is misconduct.

* Thank you for subscribing to our newsletter.