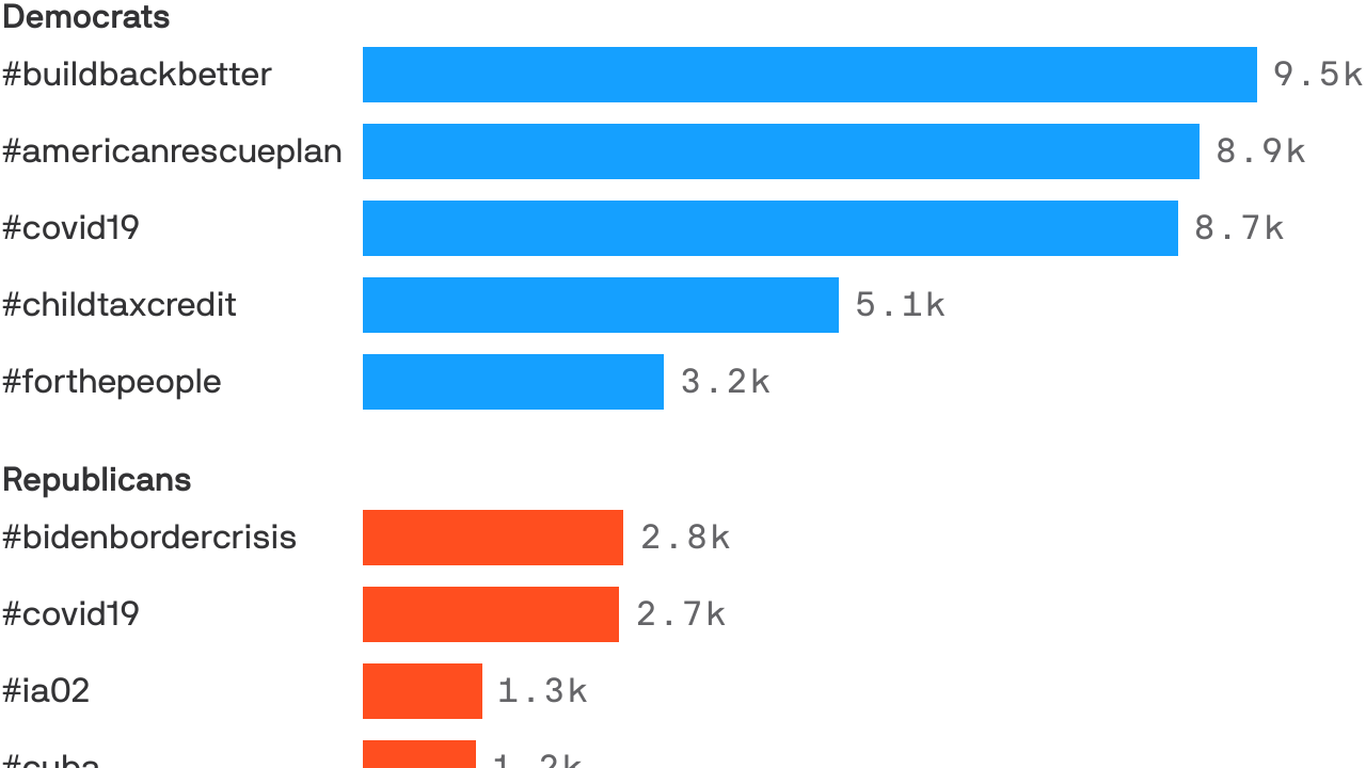 Social media posting is increasingly a part of congressional life, and the tweets, messages and hashtags used by senators and House members this year underscore broad partisan divisions.

By the numbers: On social networks, Republicans hammered President Biden for record numbers at the US-Mexico border, according to a new Quorum report. Meanwhile, Democrats have focused on Biden’s legislative priorities — such as the “Build Back Better” agenda and the “For the People” voting rights bill.

What they say : Rep. Debbie Lesko (R-Arizona) was the most frequent #bidenbordercrisis tweeter, followed closely by Sen. Ted Cruz (R-Texas) — both of which are in border states.

Between the lines: The main hashtags used by each party changed throughout the year and continually highlighted different party priorities.

Which side is Manchin on? – YubaNet

Why West Side Story leaves African Americans behind