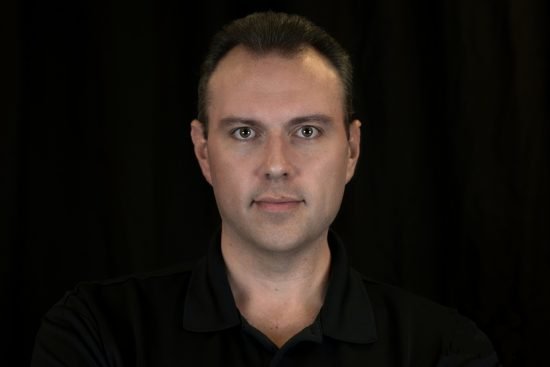 “A Quick 5” with Steve McBride, director of “Side by Side by Sondheim”, presented by Fauquier Community Theater

Steve McBride, Director of Side by Side Sondheim. Photo credit: Stephen Rummel Photography.

The musical revue “Side by Side by Sondheim” celebrates the spirit and genius of musical theatre’s most influential artist. Prepare to laugh, cry and fall in love with the lyrics and music that capture the soaring emotions of this Tony Award-winning musical. The revue contains some of this master of musical theater’s most lush and unforgettable songs, presented in one magical evening.

The Fauquier Community Theater production of Side by side near Sondheim is directed by Steve McBride who says: “The genius of Sondheim is that of a timeless art; always relevant and always telling a story. Working on this production is a great honor and a pleasure. The talented cast of nine actors brings to life the lyrics, melodies, emotions and stories so beautifully articulated by Sondheim. With every sentence, this show promises to bring a laugh, a tear, a memory or a smile to everyone in the theater.

Tell us a bit about yourself and your musical journey.

In 1998 I was part of my first musical production and since then I have been working as a professional musical director, accompanist, vocal coach and conductor. Having been blessed with many wonderful opportunities, I also earned a Bachelor of Music Education from West Chester University, West Chester, Pennsylvania. In addition to musical theater, I have served in several churches as a music director and organist, taught choral music in public and private schools, and founded community choirs and music camps.

What do you like doing the most: directing, working as a vocal coach or as a musical director?
My favorite job is directing musicals and choirs. I am energized by working with groups of people and in particular enjoy the process of rehearsing a show or concert.

Talk about some of your favorite productions/concerts.
“My Fair Lady” was the first show I conducted with music. He holds a very special place in my heart. Since then, I’ve worked on over 35 shows, which makes it pretty hard to pick just one as my favorite. I like to think that the show I’m currently working on is my favorite, mostly because I’m totally invested in it right now. Other highlights include productions of “Into the Woods” and “The Producers.”

What makes this particular show so special?
With the recent passing of Stephen Sondheim, this show is not only special, it’s an honor to present it. I felt especially blessed to work with nine talented actors who all bring their own personal passion to Sondheim’s music and lyrics. There’s an unspoken camaraderie among this cast that speaks to the influence Sondheim has had in all of our lives.

What is it like working with Fauquier Community Theatre?
FCT is a wonderful community theater that is passionate about supporting its cast, production staff, and most importantly, the FCT community. Working here has been a positive experience filled with joy and love for each other and for the work of the theatre.

The production of “Side by Side by Sondheim” by FCT is under special agreement with Music Theater International. Performances will be on Fridays and weekends through May 15, 2022 at the Vint Hill Theater on the Green, 4225 Aiken Drive, Warrenton, VA 20187. Friday and Saturday performances – 7:30 p.m. and Sunday matinee performances – 2 p.m. All tickets are for reserved seating. For tickets, click here.