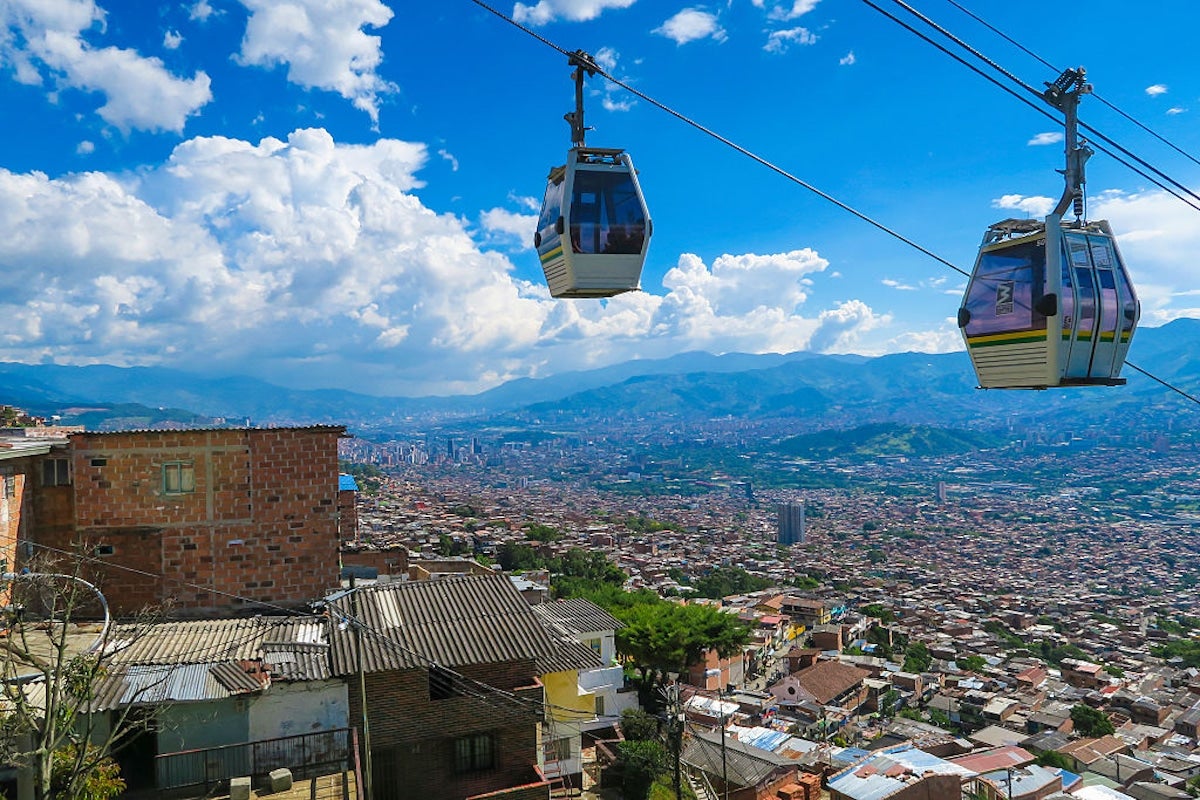 In cities around the world, people rely on public transport to get around. More than 55% of the world’s population lives in urban areas, a number that is expected to increase to nearly 70% by 2050, according to the UN. As our cities grow, so must public transportation capacity, while addressing the growing impacts of climate change and the role of our fossil fuel-powered transportation system.

Some cities and countries are already adapting to the needs of their occupants and our climate by building innovative transport systems.

If you are planning a trip to Luxembourg, cross “book a rental car” off your to-do list. In March 2020, this small European country became the first to offer free public transport to its citizens and visitors.

Free access to buses, trains and trams for the 630,000 Luxembourgers makes it possible to explore the whole country the size of Rhode-Island without a car. Cycle paths and hiking trails stretch between stations and passengers can travel to neighboring countries at a reduced price.

Luxembourg – a country with many job opportunities and a high GDP – is infamous for clutter issues, with 681 cars per 1,000 inhabitants. Dany Frank from the Ministry of Mobility and Public Works quotes environmental benefits and reduced traffic as the main motivations for change, reports CNN.

Home to the Alps and the Jura Mountains, Switzerland offers stunning alpine views and perfect destinations – if you can get there. Its windy passes are often difficult to cross by car, especially in bad weather.

For decades, the Swiss have avoided this conundrum with their iconic car trains. Personal vehicles and buses can drive directly on one of six trains (two of which are traveling to Italy) and enjoy the ride from the comfort of their cars or from a passenger seating area as they traverse tunnels and mountain passes. During peak hours, some trains run every 15 minutes, making this mode of transport a viable option for travel while reducing emissions and overall travel time.

Standing on the train platform in Shanghai, you won’t hear the deafening din expected from most trains; the levitating Maglev train arrives quickly and quietly.

Maglev trains – whose name is an abbreviation of “magnetic levitation” – employ magnetic technology to levitate trains without friction and without wheels on the tracks. The trains use the concept of electromagnetic propulsion, whereby superconducting magnets repel each other and suspend the train above the guideway.

Powered entirely by electricity, these trains are both environmentally friendly and extremely fast. In 2015, a Maglev train broke the all-time speed record for trail vehicles, reaching 603 km/h (375 mph). The Shanghai Line from Longyang Bus Station to Pudong International Airport is 30 km long and the journey takes only seven and a half minutes from one end to the other. If Maglev technology were used to build high-speed trains in the United States, travelers leaving New York could expect to reach Los Angeles in seven hours.

The Maglev line network in China is still small, but expanding. A line linking Shanghai and Hangzhou is under construction, CNN reports, with another between Chengdu and Chongqing. Maglev trains also run in Japan and South Korea, and a a new line should connect Tokyo and Nagoya by 2027 with a total journey time of only forty minutes.

Hochban – the transit authority that runs much of the public transport in Hamburg – replaces its entire fleet of 1,100 diesel buses with zero-emission vehicles by 2030. Electric buses create 75% fewer emissions than their diesel counterparts, and a total fleet-wide conversion would reduce CO2 emissions by 65,000 tons per year (the equivalent of 32,500 petrol cars in circulation for a year).

The transition to carbon neutral transport is made possible in part by the bus charging stations located in the city. the system interoperability is the real innovation, and allows buses – regardless of their manufacturer – to park at a charging station and refuel in just six minutes: enough for a whole day on their journey. This means that the city can source buses from different suppliers in the future and continue to operate with its existing charging technology.

Although not exactly a large-scale public transport system, this Norwegian city is transforming bicycle travel for its citizens.

Trondheim is famous for the Trampe bike lift, invented and installed by Jarle Wanwik in 1993, who was tired of cycling up a huge hill every morning on the way to work. The lift is basically an escalator for all self-propelled vehicles, like scooters, strollers, skateboards, and of course, bicycles. Rides place one foot on a small moving platform that travels up the track, taking the rider with it.

Since its original installation, the Trampe has been modernized by the French company SKIRAIL and can carry five people at the same time.

Adelaide – the capital of South Australia – is the country’s fifth most populous with 1.3 million people and home to the brilliant green, Tindo solar-powered bus.

Tindo – the indigenous word for “sun” – has no combustion engine and is the world’s first 100% solar electric bus. Unlike other solar-powered vehicles that sport solar panels on their bodies, these buses are solar-powered at bus stations and can travel up to 200 kilometers between charges. These buses have been ordered from Designline International of New Zealand and are operated by the City Council as part of the Adelaide Connector Bus service.

They produce zero emissions, can carry up to 40 people and cost the traveler nothing. Buses are also cheaper for the city and cost 50% less per kilometer than diesel vehicles. They also employ a regenerative braking systemwhich reduces energy consumption by 30%.

The Roboat (pun intended) was designed by scientists at the Massachusetts Institute of Technology and the Amsterdam Institute for Advanced Metropolitan Solutions. Of them Life-size roboats were launched in 2021 to navigate Amsterdam’s 100 kilometers of waterways, capable of carrying up to five people, transporting goods and collecting waste. these totally autonomous and wirelessly charged boats are powered by propellers and thrusters, and are monitored ashore from a central location that can monitor dozens of boats at once.

The self-driving technology uses GPS and sensors called “perception kits”, which can detect unknown objects and categorize them for future encounters. Although not yet used for public transport, these innovative boats are make urban travel cleaner and water-based greater opportunity for the Netherlands and the world.

This city of two and a half million people stretches across the slopes of the Andes, along which floating gondolas rise and fall.

Instead of running ski slopes up and down, the Metrocable connects isolated areas of the city, allowing residents of informal hillside settlements to reach the city center. Buses were once the only way to reach the city below, requiring multiple fees and nearly two hours, while cable cars only take 30 minutes on any of four lines.

Medellín was once the most dangerous city in the world, but these gondolas are credited with the massive transformation of the neighborhood, giving its citizens better access to work, education and health care. The city’s tourist guide, Pablo Alvarez Correa, calls the cable cars “an innovative solution to the problems of geographical and economic exclusion”, reports Business Insider.